Writing a murder mystery requires a lot of effort, says the director of Silence: Can You Hear It?

Foraying into filmmaking with Manoj Bajpayee-starrer Silence, Aban Bharucha Deohans says murder mysteries are the most difficult genre to master 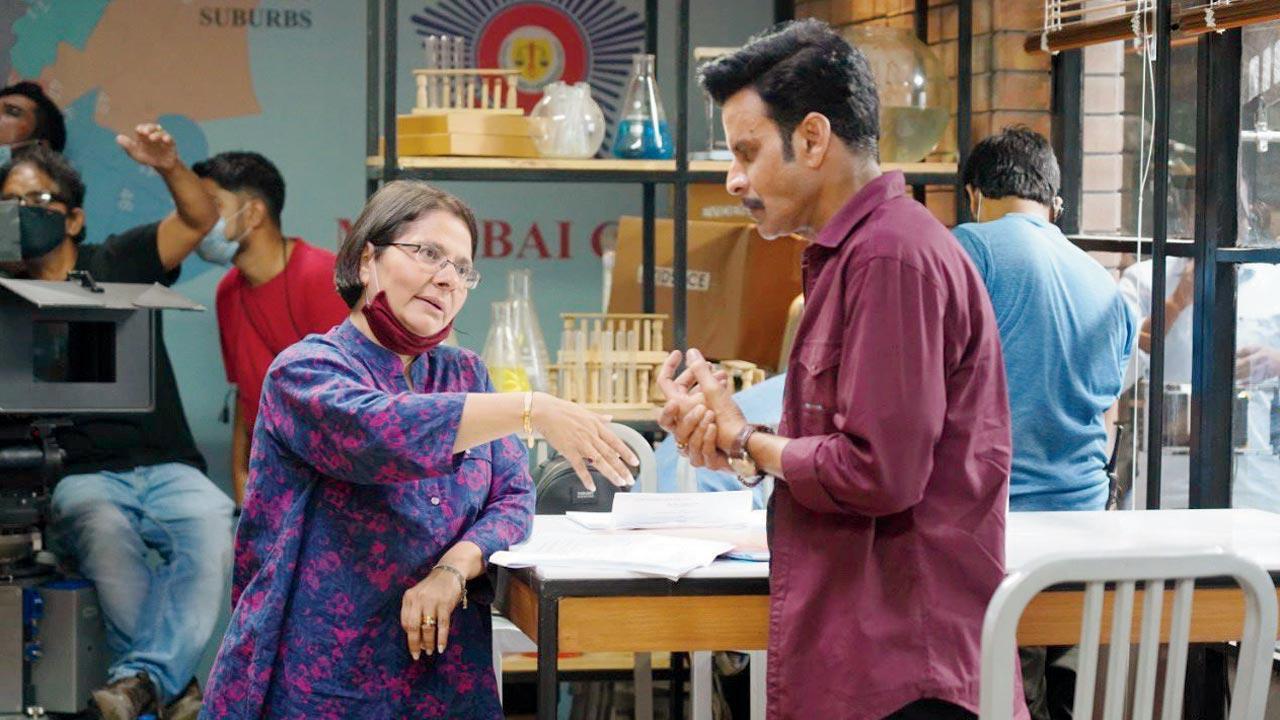 Aban Bharucha Deohans and Manoj Bajpayee on the set


According to Manoj Bajpayee, Aban Bharucha Deohans, the director of Silence: Can You Hear It?, is obsessed with whodunits. It is only fitting then that the filmmaker has explored the genre in her debut outing. Aware that the true win for a mystery lies in its clever writing, Bharucha says that she was fully satisfied only with her 53rd draft of the script. “It started off as a simple murder mystery; I could feel it was not smart. I kept it away for a while, only to revisit it and fine-tune it eventually,” she says.

So, how did she make it past the 53 drafts? For someone who has read every Agatha Christie book, cover to cover, Bharucha says she enjoyed building the world of deceit, despite its challenges. “Crime is the most watched [genre] on OTT. Writing a murder mystery requires a lot of effort, but I love the plotting that goes into making such a film. The thrill is to keep your story three steps ahead of the audience. In times of social media, it’s also hard to contain the [suspense] for long. So, it’s important to build characters that hold your attention.”

The ZEE5 film sees Bajpayee and Prachi Desai play cops while Arjun Mathur slips into the role of a young politician. Having been friends with Bajpayee for years, she says he was an obvious choice for the lead. “When I narrated the film to Manoj, he had already committed to a cop story and didn’t want to play a cop twice in a row. But I chased him through the lockdown. I remember my husband [Kiran Deohans, cinematographer] and I had stepped out when, out of the blue, I got a call from his manager, saying Manoj has given his November dates to me.”