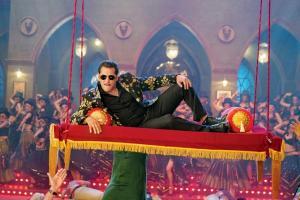 
At Rs 49.25 crore, the two-day collection of Dabangg 3 seems discouraging for a Salman Khan starrer. Compare the figure to his last release, Bharat, and the difference is for all to see — the Eid release had raked in Rs 42.3 crore on its opening day itself, only seven crore short of the cop caper's two-day numbers. Trade analysts believe that the ongoing anti-Citizenship Amendment Act protests across the country have impacted the footfalls by 25 to 30 per cent.

Tradesmith Girish Wankhede says, "Salman has a huge fan base among the youth. But the political climate in the country is such that many don't want to go to theatres and watch a film. This situation is completely unforeseen, and the makers will have to bear the loss." The Prabhudeva-directed film, which opened at Rs 24.5 crore on December 20, marked Khan's lowest Day One numbers since Tubelight (2017). Trade guru Amod Mehra adds that the mixed reviews haven't helped matters. "The film looks jaded. As far as the box-office numbers are concerned, the film has an entire week ahead with holidays coming up, so it should sail through."

Next Story : Richa Chadha on Panga: Film encourages women to return to sports