Dhaakad isn’t as much about its thin plot, as it is about its brilliant action choreography and sharp cinematography. It’s the country’s most expensive action film led by a female star till date 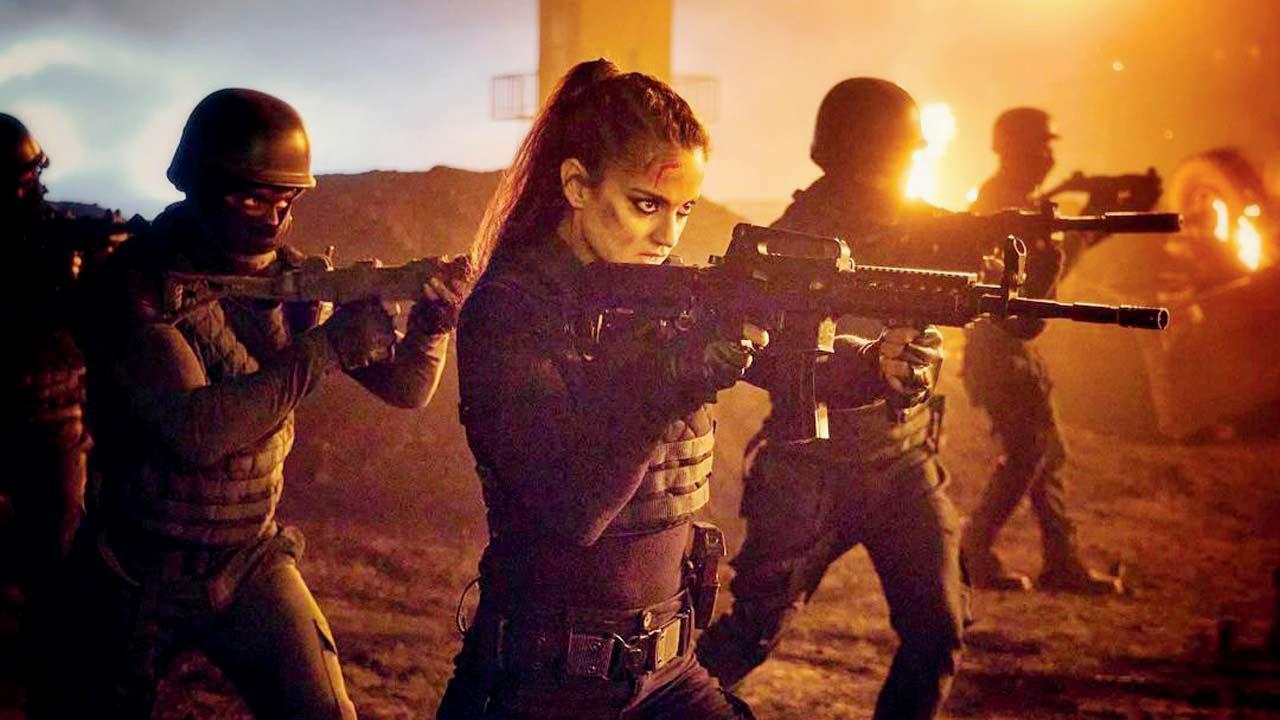 Half way into this desi Red Sparrow (2018), which the makers of this film are calling Dhaakad, I  was annoyed. As someone who has closely followed Kangana Ranaut’s journey, rarely has a director been able to extract the best of her. Brimming with potential and acting prowess that easily makes her amongst the best performers in the industry, Ranaut’s films in recent times hardly match up to her brilliance. Dhaakad is the latest in the slew where she gives her all, much like her last film Thalaivii or even the pitch perfect Judgementall Hai Kya, but the film is too scattered to capitalise on everything she brings to the table.

Dhaakad isn’t as much about its thin plot, as it is about its brilliant action choreography and sharp cinematography. It’s the country’s most expensive action film led by a female star till date. Pre-2020, I could’ve bet a whopping amount on the fact that, had a male superstar headlined it, the film would have been a raging hit. Yes, the action is that good. But 2022 is a different time when the audience has different expectations from a film. I, for one, want to watch a good movie and Dhaakad is nowhere close to that, despite all its big bang boom stunts and Ranaut slashing and slaying like a mean killing machine.

Eventually, the best of performances can’t make up for the lack of punch in the story. Borrowing the plot of Mardaani, and giving it the treatment of Mirzapur-meets-Tarantino (confluence of desi and firangi gore porn), Ranaut’s Agent Agni is on the hunt to nab Rudraveer and his lover  Rohini (played well by Arjun Rampal and Divya Dutta respectively), who are running a global human trafficking racket. The film shifts between Bhopal and Budapest; its shaky narrative relying heavily on the actors to find its footing. There’s a shoddy backstory about a bloody childhood trauma and an eerie lullaby which plays on Agni’s mind frequently. It would have been easy to buy into this story had director Razneesh Ghai or his writers spent a minute on humanising Agni. The dysfunctional spy dealing with unresolved trauma of her past, incapable of forging relationships or even have meaningless sex, feels inauthentic. I am all for spies with potent problems in their past, but Ghai never delves deep into Agni’s rage or makes her palpable.

I did take a few seconds to marvel at how well done the action in the movie is. There is a brilliant sequence in the second hour where Ranaut leads a pack of commandos to nail Rudraveer in his hiding space. Nicely done! However, the tropes weigh it down. The film’s sole point of novelty is that a heroine is kicking a**, which is usually a bastion ruled and reigned upon by male stars. Yes, Ranaut pushes the envelope like always, but I wish the film went deeper into understanding the psyche of assassins and how recruiting grief-stricken youth keeps the industry of hate functional. Full marks for representation and a big shoutout for the attempt to make action movies more heroine inclusive. For the next time, request the styling team to use better wigs, and the writing team to pen a  better script!