Tahir Raj Bhasin, in an exclusive interview with mid-day, talks about his recently released film 83, the preparations he went through to get the nuances of Sunil Gavaskar right, the parallels he sees with his another sports-drama Chhichhore, and what viewers can expect from his upcoming projects 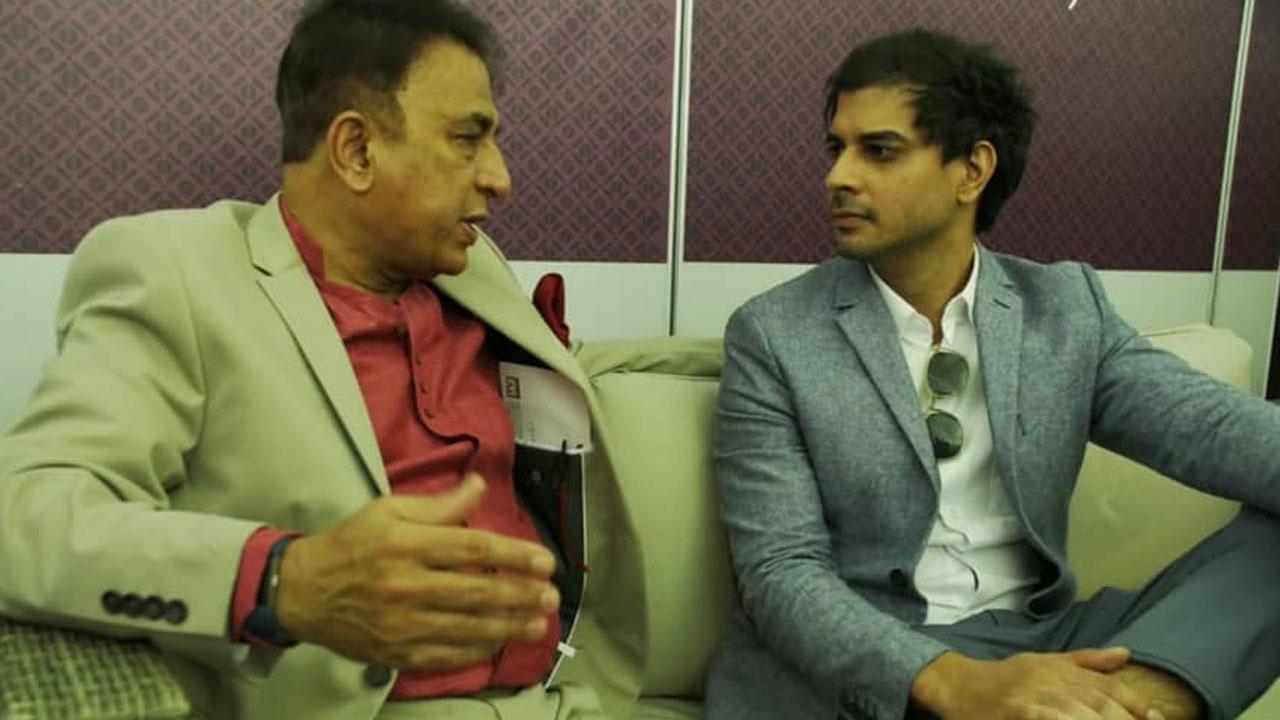 
Tahir Raj Bhasin was recently seen as Sunil Gavaskar in Kabir Khan’s 83, a film that showed the chronicles of the Indian Cricket Team that surprised one and all with their triumph in the 1983 World Cup. The film has received overwhelmingly positive response from all quarters.

In an exclusive interview with mid-day.com, Tahir talks about this recently released film, the preparations he went through to get the nuances of Sunil Gavaskar right, the parallels he sees with his another sports-drama Chhichhore, and what viewers can expect from his upcoming projects.

Q. 1- Your film Chhichhore talks about giving your best shot, irrespective of winning or losing. 83 talks about winning against all odds. Which thought do you believe in more ?

That’s a very interesting question. I feel as themes they both intersect in not giving up and going against all odds. Even in Chhichhore, the odds were stacked against them, and even in 83. The overall umbrella theme would be that if no one believes in you, society or the people you know, you will triumph if you believe in yourself. That’s something I’ve used in my career. There’s a very interesting intersection of both the films because in Chhichhore, Derek wins the race but loses the tournament, in 83, Sunil Gavaskar may not be at his best, but wins the tournament, so the opposite things were happening. No one has asked me this before, this is the first time I’m saying this. It was interesting to do this because it’s the opposites that have happened.

Q. 2- Meeting Sunil Gavaskar and spending time with him to prepare for your role must have been a very surreal experience.

It was, yes. I’ve been prepping for this role for about six or seven months. I hadn’t met him until then. Just a week before the shoot I actually met him. He has a very charming and powerful aura when he walks into the room. He’s incredibly stylish, very composed and generous with the kind of inputs he was giving of how much his family meant to him, how much his mother influenced him, of how much the country meant to him. He opened up about his personal beliefs and personal psychology that helped me portray him with some authenticity.

Q.3- How similar do you feel you and Sunil Gavaskar are ?

The one similarity I found after I read his book Sunny Days was that he has constantly worked on himself. He wanted to give his best, he was his only competition and that’s something that’s very similar. When I look at myself, my competition is with what my previous was.

Q. 4- You’re always very calm in your movies, even though the situation around you may be chaotic. Are you the same in real life ?

Not at all. I’m hyper and I’m a romantic and I’m very light-hearted. When people have only seen me on screen and want to have a conversation with me, they are very scared, so I’m completely the opposite. Since you’ve brought it up, the film I’m doing next called Loop Lapeta with Taapsee Pannu, the character I’m playing is closest to who I am.

Q. 5- How much time did you all take to gel with one another and get to know each other during 83?

About 6-7 months. All of us came from different parts of the country. Me and Harrdy Sandhu came from the North. Jiiva came from the South. Adinath and Chirag are from the Marathi film industry. All of us individually workshopped for about a month or two on cricket and then we came together and spent five months together. Even when we were in the UK, we traveled in the same bus, we stayed in the same hotel. It was a like a school or college trip and that’s where a lot of the bonding happened off set.

Q. 6- How long did it take for you all to shoot the climax ?

It’s a bit of a spoiler but it takes place on multiple locations in those cuts so it was shot over a period of two months but for us, on one day we were running on field as cricketers, on one day we were lifting the trophy. Extensively, for all the parts, that’s a question for Kabir Khan.

Q. 7- A lot of questions were raised on the Indian Cricket Team when they aspired to win the World Cup in 1983. Did anyone question your decision when you said you want to be an actor?

Interesting question. Not question but I would definitely say concern. The industry is such there’s no sure shot route of how are you going to do it, how will you get your film. So people were concerned that Kaise Karega. My answer always was that I’ll do it, I’ll find my way. If you have mind-numbing belief in what you do, you can manifest your reality.

Q. 8- You have very interesting line-up of projects like Loop Lapeta, Ranjish Hi Sahi, Yeh Kaali Kaali Aankhen. What can we expect ?

Complete transition in the kind of parts I’m doing. It’s a transition to main lead parts, it’s a transition to romantic dramas and all three very different from each other. Loop Lapeta is a heist film with a hint of quirky romance that’s opposite Taapsee Pannu who’s a phenomenal performer. Yeh Kaali Kaali Aankhen is on Netflix that’s a very stylised romantic drama that becomes a psychological thriller. As the title suggests, it also has a Bollywood pulp aspect to it. It’s opposite Shweta Tripathi who has done some incredible work in Masaan and Mirzapur. And of course, Ranjish Hi Sahi, Mahesh Bhatt is the creative director. It’s a period drama set in the 70s and is based on the behind-the-scenes of Bollywood. I’ve spent two years shooting for these projects and due to the pandemic, post production was delayed. I’m excited that the audience is going to see diverse kind of roles all by the same actor. I hope the audiences appreciate them.