A mesh of mystery, fingerprints, blood stains, magnifying glass, a lifeless body and a microscope. What sticks out is the fluorescence of the finger print which comes with the promise of a gritty thriller. 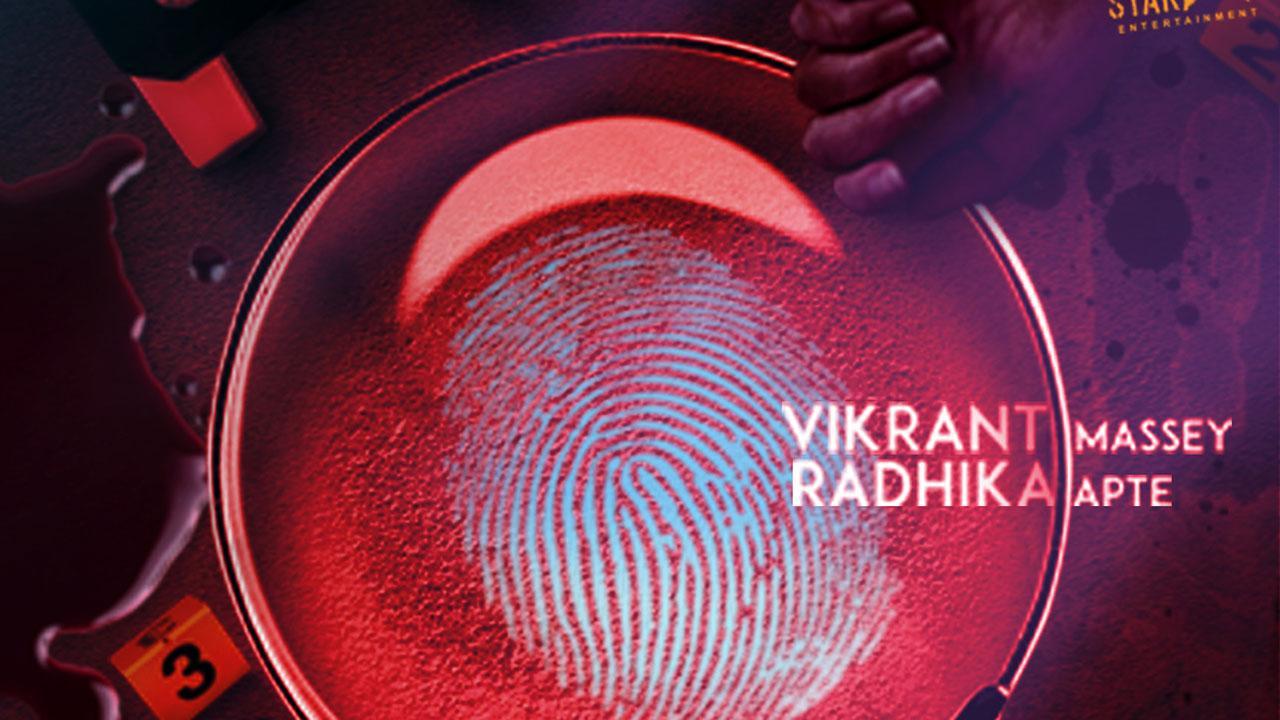 
There’s a new 'Forensic' officer in B-town. Soham Rockstar Entertainment and Mini Films, today have unveiled the identity to the audiences as they released the teaser motion poster of ''Forensic'', the Hindi remake of the 2020 south superhit film.

It was announced earlier that Vikrant Massey has been cast as the lead actor and now Radhika Apte has joined the team as the female lead. The film will be directed by Vishal Furia.

Massey shared the first look of the film on his Instagram account. A mesh of mystery, fingerprints, blood stains, magnifying glass, a lifeless body and a microscope. What sticks out is the fluorescence of the finger print which comes with the promise of a gritty thriller. Vikrant Massey & Radhika Apte’s quirky captions tells us that it will be an entertaining thriller.

Director Vishal Furia said, "'Forensic'" explores the advanced science of crime scene investigation that expedites the process of finding the criminal. Having said so, I want to tell this science in an entertaining and thrilling way. Vikrant and Radhika are believable actors and together we would want to convey to the audiences that this science is available for everyone to help them if they are the victims of a crime. The producers Mansi and Varun Bagla and Deepak Mukut don't want to leave any stone unturned in the process of telling this exciting story and helping the story to reach one and all."

Mansi Bagla, of Mini Films said, "I wanted the best and did not want to compromise on any aspect, I am glad we have the best team in place now.  This is a very unique film where we have given a lot of attention to the script by involving real 'Forensic' officers and have put together a very sincere team of professionals. The audience will be delighted to see Vikrant & Radhika together for the first time on screen."

Deepak Mukut, of Soham Rockstar Entertainment Pvt Ltd. said, “I am excited to see this film come to life. When you have talent like Vikrant Massey and Radhika Apte along with director Vishal Furia, you better give the audience a memorable experience and thanks to the support of my team and my director, We are all set to roll this edge of the seat suspense thriller."

Speaking about the show runners and his role, Vikrant Massey said, "Mansi and Vishal make a fabulous Producer- Director duo. I have worked with Vishal earlier, and there is a comfort level and with Mansi everything fell in place seamlessly. The entire team is brimming with positive energy and I’m really excited. What I like about Mansi is that she is passionate about films, very professional and to the point. I was astonished to see the level of detailing with which my character has been sketched. The producers and the director are very professional, organised and their preparations for the film have impressed me."

Varun Bagla further added, "Hindi cinema has seen many films on police officers, army personnel’s, RAW agents but we have never seen films on 'Forensic' officers, who play such an important and pivotal role in solving any crime scene investigation.”

Also Read: Radhika Apte: There’s always competition, so you need to be more famous or visible