The young musician from the tiny island of Guam became a chart-topper after word about her song Queen of hearts -- which has a verse in Malayalam -- spread like wildfire. 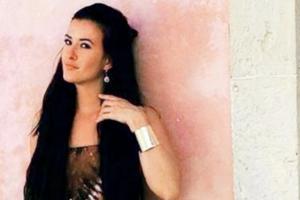 
What is the worth of a Malayalam verse in a song, you may wonder. For musician Starla Edney, it is a ticket to beat the likes of the revered pop band BTS and acquire the top spot on a list of Shazam's most-searched tracks in India.

The young musician from the tiny island of Guam became a chart-topper after word about her song Queen of hearts — which has a verse in Malayalam — spread like wildfire. Co-writer Monoir chanced upon the section that became their claim to fame when browsing through a catalogue of audio samples. "I like combining modern and traditional sounds and came across this one when browsing through a vocal pack I had received. Its melody and lyrics are special, and it appropriately fit the song that we were creating."

Evidently enjoying her time in the spotlight, Edney says appreciation from fans in India will make a "huge difference" in influencing her future music choices. "I will explore this style in the future because I enjoyed it. I have a few collaborations in the pipeline," she signs off.

Next Story : Farhan Akhtar helps build a home for a homeless man