Have you heard? Akshay Kumar-starrer Ram Setu to have a stint in Sri Lanka? 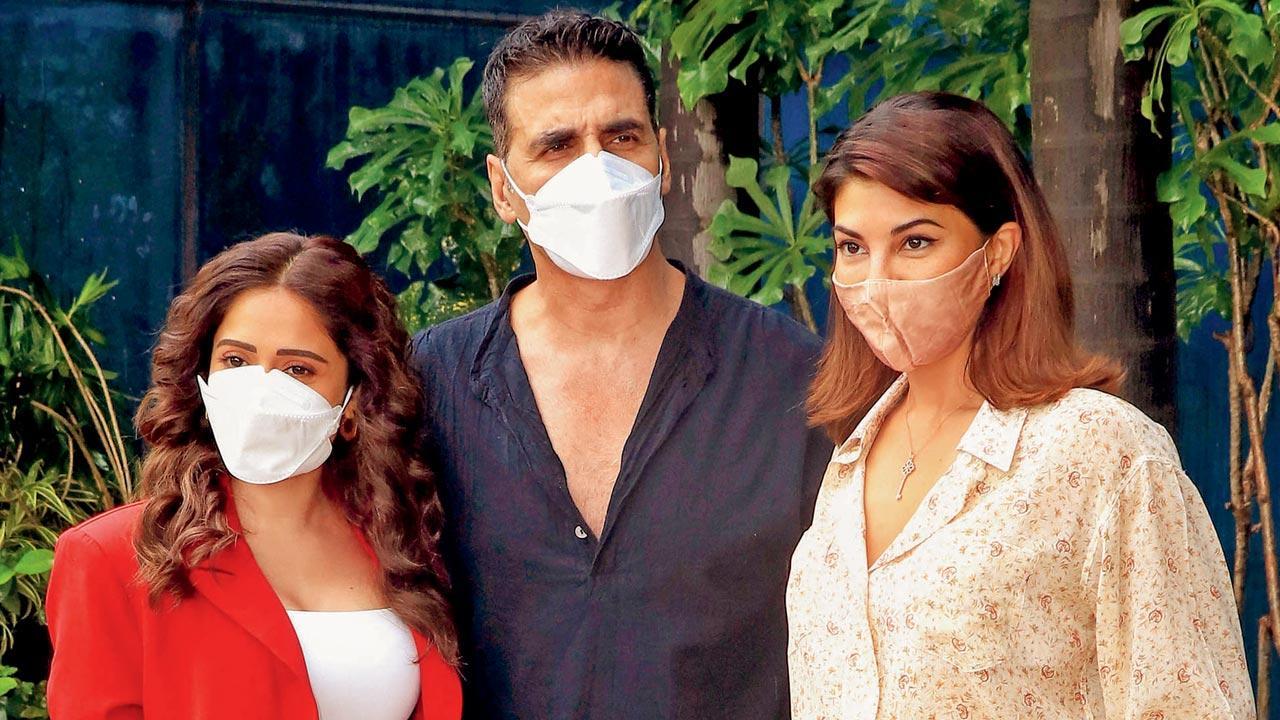 Ram Setu actors Nushrratt Bharuccha, Akshay Kumar and Jacqueline Fernandez were tied up over the weekend. The trio got together with director Abhishek Sharma and creative producer Dr Chandraprakash Dwivedi at producer, Abundantia Entertainment’s office to watch and discuss the first rushes of the mythological. Except for Kumar’s look on the motion poster, the makers have been guarded about the characters of Fernandez and Bharuccha. The unit is slated to begin shooting again amid buzz that they might have a stint in Sri Lanka. Fernandez is hoping that it comes through as she will be shooting in her home country. She will double up as a tourist guide for the unit.

Katrina Kaif continues to remain special for Salman Khan. The superstar posted a warm message on her big day. “Wish you an amazing birthday Katrina. A healthier, wealthier and wiser birthday with lots of love and respect in your life,” Khan wrote. As soon as he shared the post, Kat became the hot topic of discussion among Sallu’s fan groups. They were convinced that SalKat made an ideal couple. “I can feel you, bhaijaan,” wrote a social media user. Kaif, who turned a year older on Friday, thanked fans for showering her with love.

Also Read: Have you heard? Is this Jeh with Kareena Kapoor Khan?

On Saturday, Janhvi Kapoor was back at work after a hiatus. By the time her make up was done, she was famished. The actor ordered for a plateful of wraps, which she wolfed down while listening to the band Fingerpistol Food’s new track, Food is love. Kapoor has restarted her fitness regime, including pilates sessions, so she could afford to gorge. If the happiness on her face is any indication, Kapoor loves her food.

Karan Johar has begun scouting for locations for the shoot of Rocky Aur Rani Ki Prem Kahani. Though he has a penchant for overseas locales, the current scenario might make him opt for desi spots.

Also Read: Have you heard? Splitsville for Kamal Sadanah and Lisa John

Zindagi Ki Mehek actor Siddharrth Sipani tied the knot with Anisha Shayamsukha in hometown New Delhi on Friday. Due to the pandemic, it was a private affair. “I am finally married to the love of my life. We will be going to Goa for our honeymoon,” says Sipani, who is planning to make a comeback on the small screen. “My business kept me busy,” he informs. Actor buddies Karan Vohra and Shiny Dixit attended the ceremony.