Have you heard? Here's how Vicky Kaushal and Katrina Kaif's love story unfolded

The lovebirds preferred to not go public about their relationship and avoided making joint appearances, and even when they did — during a special screening of Shershaah in August — they made sure they were not photographed together 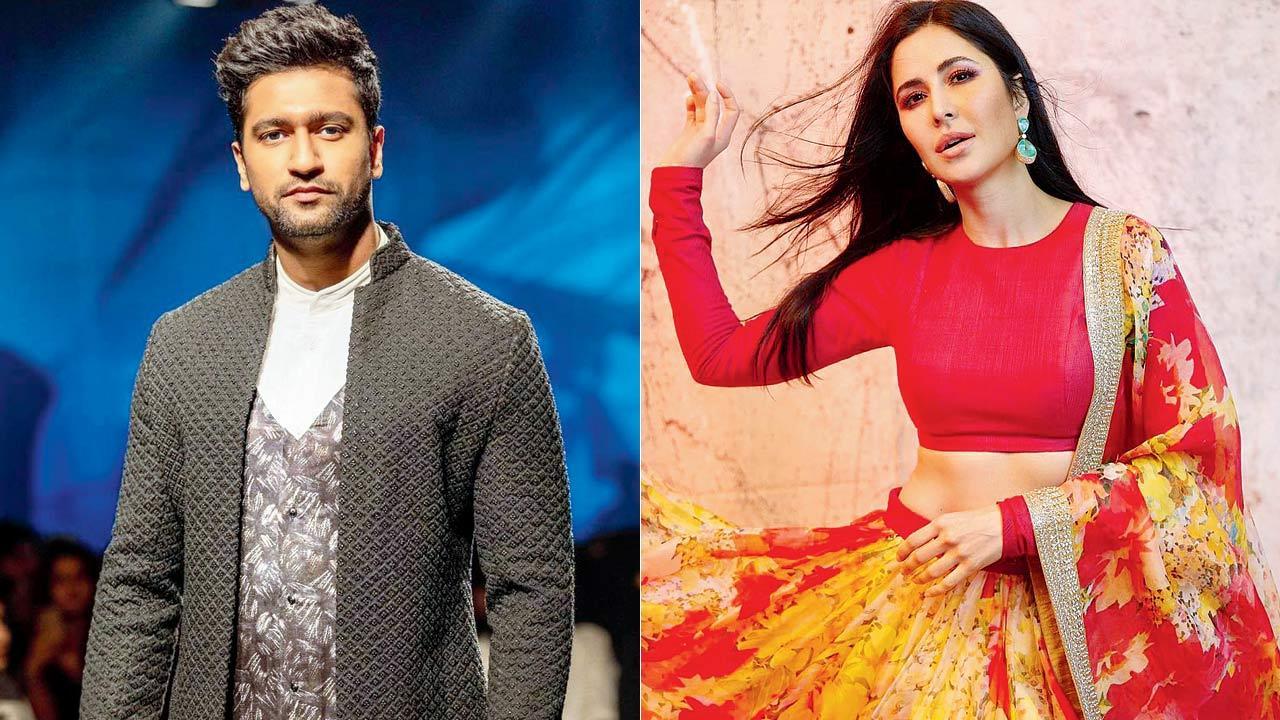 
As Katrina Kaif and Vicky Kaushal’s wedding celebrations begin today, there is still a sense of disbelief about how things moved so quickly between them. Kat was in a live-in relationship with Ranbir Kapoor and was linked with Salman Khan for years. But with Kaushal, it did not take much time to walk down the aisle. The first hint that things were serious between them was when they rang in 2021 in Alibaug together. The lovebirds preferred to not go public about their relationship and avoided making joint appearances, and even when they did — during a special screening of Shershaah in August — they made sure they were not photographed together. It all began in December 2018 when Kaushal appeared on Koffee With Karan. Host Karan Johar told him that Kat was keen to work with him as they would look good together. A flattered Kaushal played along when he and Kat appeared on the digital chat show, Tape Cast. At an awards gala in 2019, Kaushal proposed to Kaif jokingly. Later, Kapil Sharma teased him about Kat on his show. Sparks flew and love blossomed soon after. 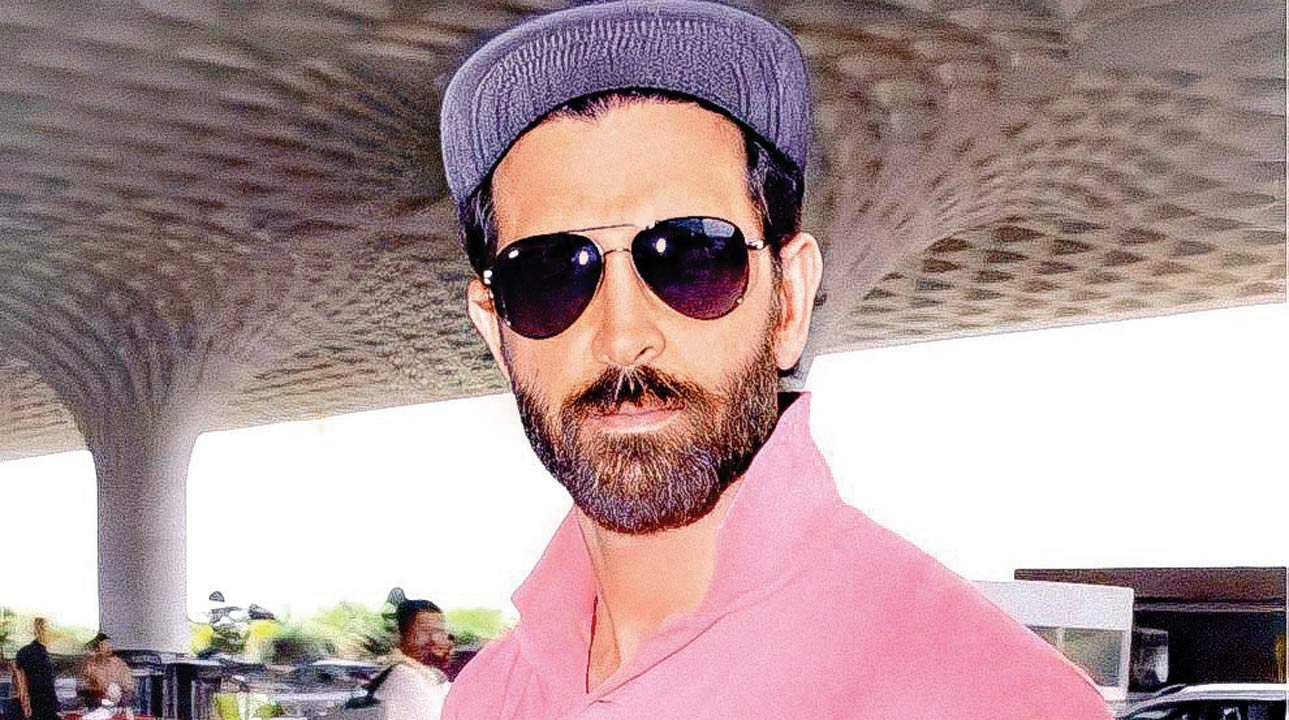 Hrithik Roshan is back in Mumbai after completing the first schedule of Vikram Vedha in Abu Dhabi. He had been shooting for a month for the remake of the 2017 Tamil action-thriller, which hits screens on September 30, 2022. Pushkar and Gayathri, who directed the original, are helming the Hindi version too. “With a superb team around us, we hope to deliver a film that will be intense and exciting,” the duo stated.

A little birdie chirps to say that a South actor, who also dabbles in Bollywood, was recently asked to deplane a Dubai-bound flight due to a dispute pertaining to her RT-PCR report. It is said that she was in possession of a fake report, and had picked up an argument with the flight attendants for an hour before she was asked to leave so that the flight could eventually depart. Given the new travel advisories in wake of the Omicron variant of the virus, it is better to be safe than sorry.

A league of their own 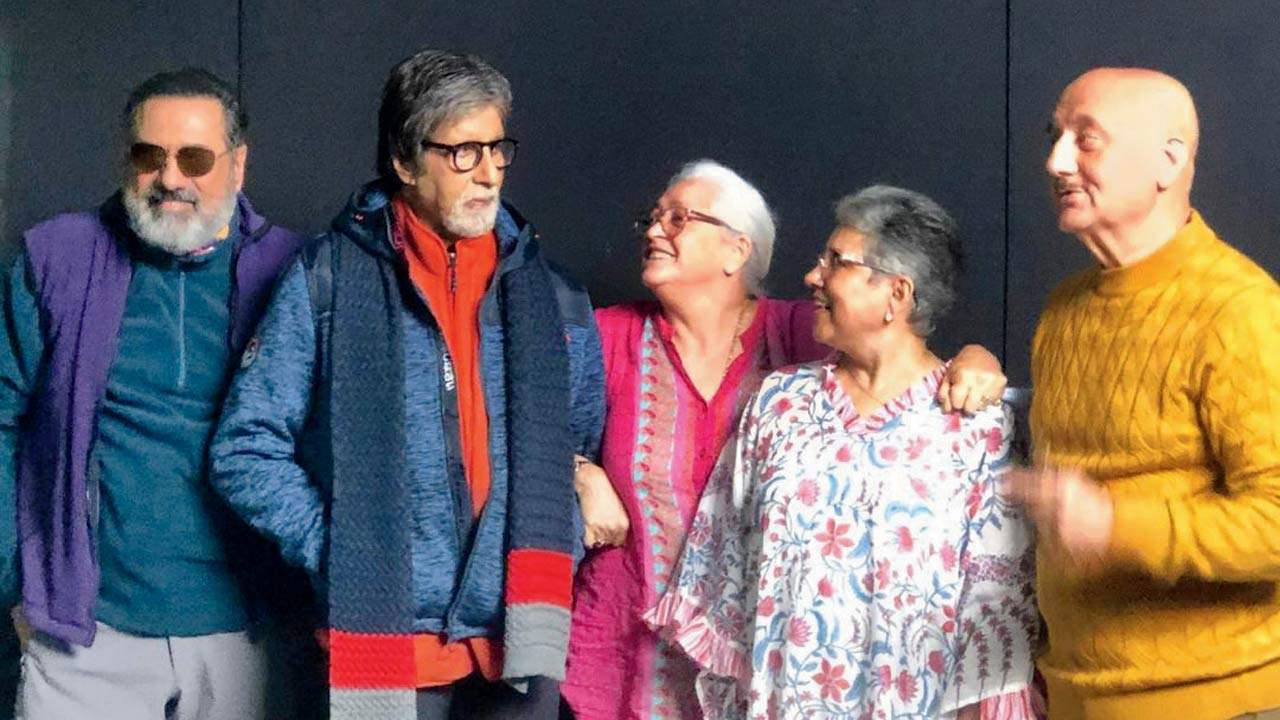 Nafisa Ali Sodhi is the latest addition to Sooraj Barjatya’s Uunchai starring Amitabh Bachchan, Boman Irani and Anupam Kher. She marvelled at the “amazing energy” of her “genius co-actors”. Sodhi shares screen space with Big B over two decades after Major Saab (1998). They shot for the action-thriller at Mehboob Studios, Bandra. Uunchai is unfolding at the same spot. “Love the feeling,” wrote Sodhi while sharing a click from the set.

Will Jacqueline be part of Sallu’s Riyadh show? 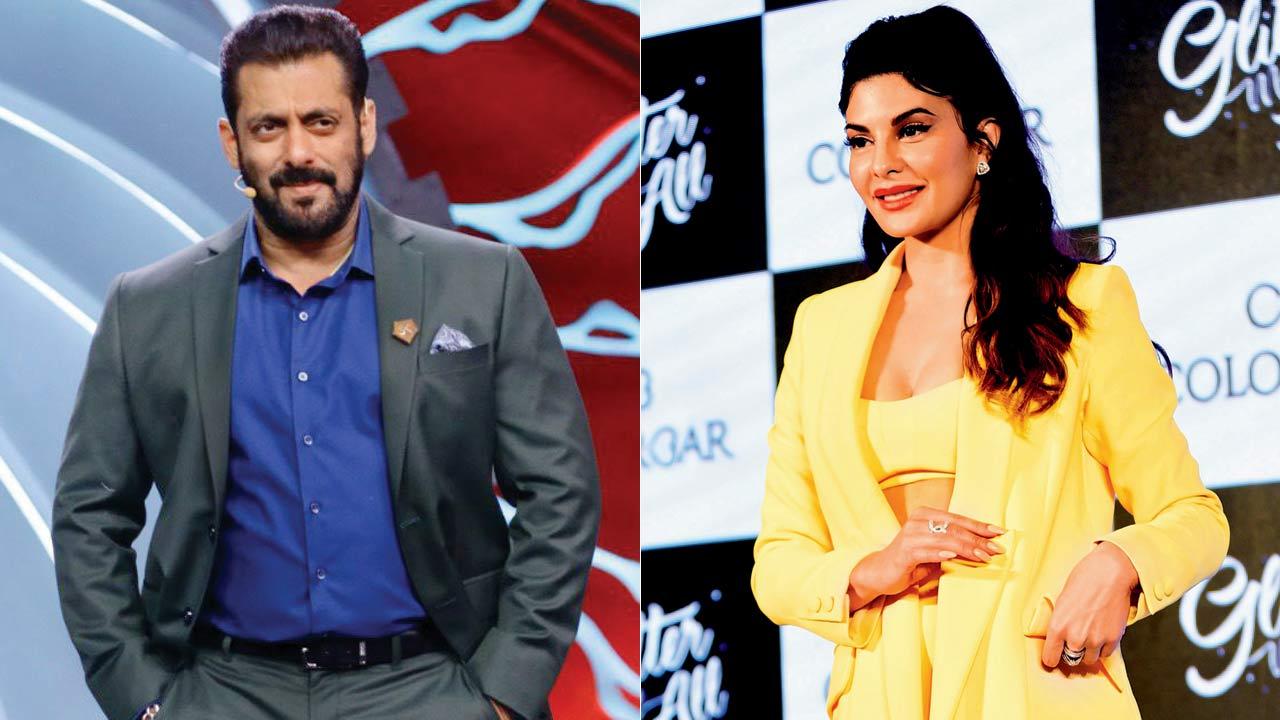 There’s chatter about whether Jacqueline Fernandez will be included in Salman Khan’s upcoming Da-Bangg The Tour ­—­ Reloaded show in Riyadh. This follows the look-out notice issued against her by the Enforcement Directorate in connection with the R200 crore extortion case involving alleged conman Sukesh Chandrasekhar. Fernandez has been asked to depose before the federal agency yet again tomorrow after a trail of transactions was linked to her name. On Sunday, she was stopped by immigration officials at Mumbai airport from leaving the country. The buzz is that Khan is looking at a replacement for the December 10 show, which has several B-Town folk, including Shilpa Shetty Kundra, Prabhudheva, Saiee Manjrekar and Sunil Grover in attendance. 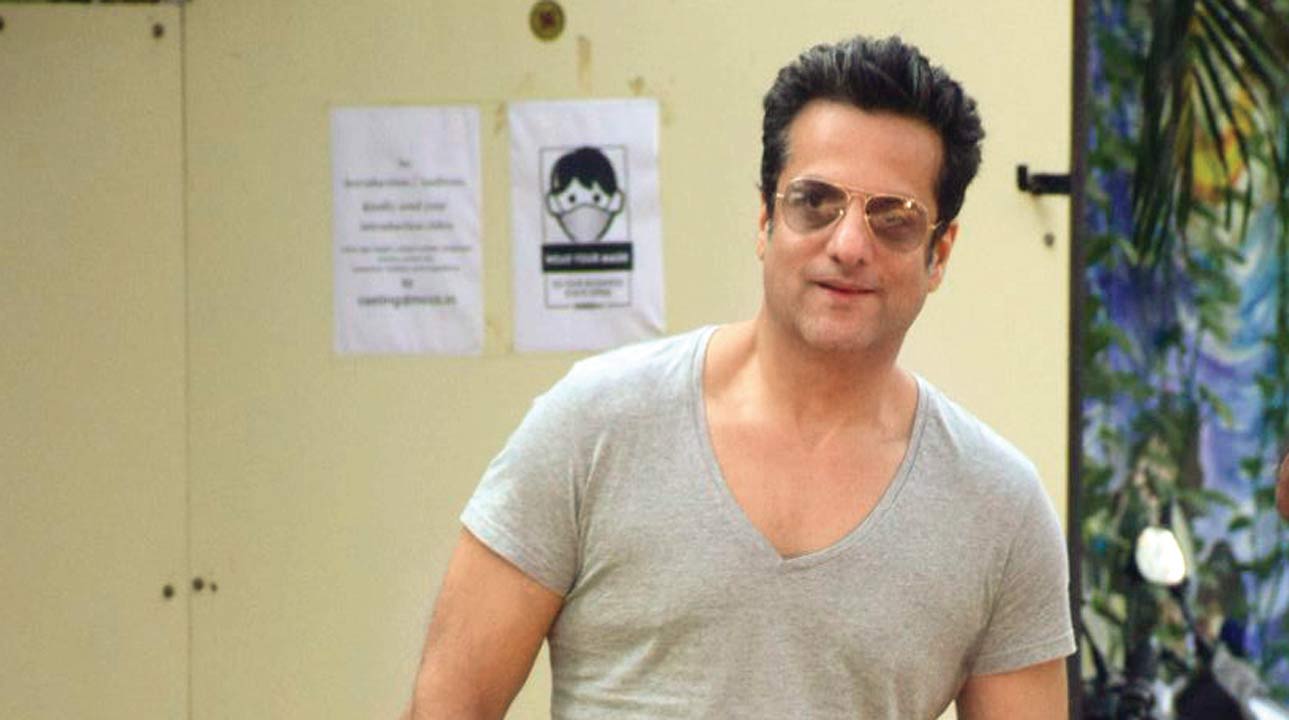 Fardeen Khan shared a meme about the COVID-19 vaccine, which amused and annoyed a section of netizens. The post read: “If you still need a booster after being fully vaccinated, and still need to get tested, wear a mask, and get hospitalised, it is probably time you admitted you are fully conned.” While several fans agreed with this viewpoint, an irate netizen told him to “stop posting such useless stuff. Vaccination reduces the spread and the impact in case of infection. Don’t tweet without research.” 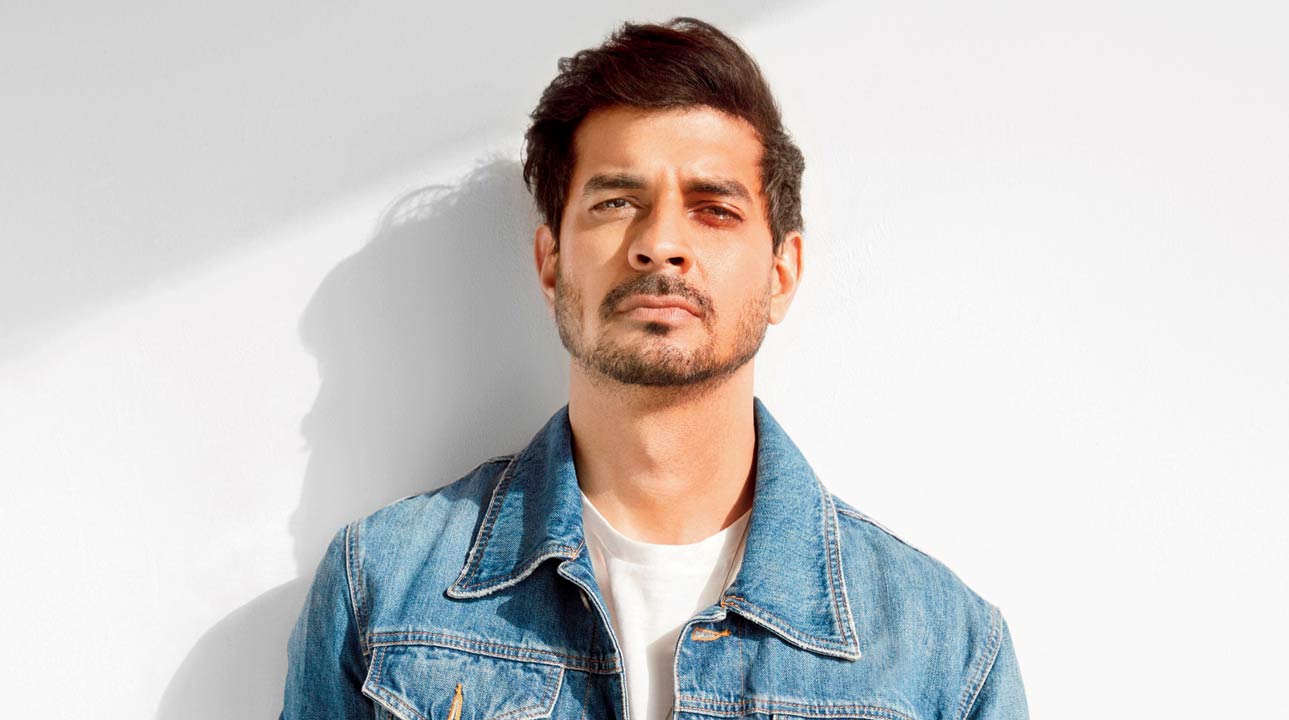 Tahir Raj Bhasin plays Sunil Gavaskar in Kabir Khan’s 83 starring Ranveer Singh. Bhasin says, “It is amazing to see the audience’s reaction to the film’s trailer. It is a tribute to the spirit of India that can’t be tamed. Kapil’s Devils showed it to the world during the cricket World Cup in 1983. I’m certain the film will appeal and entertain all audience groups.”