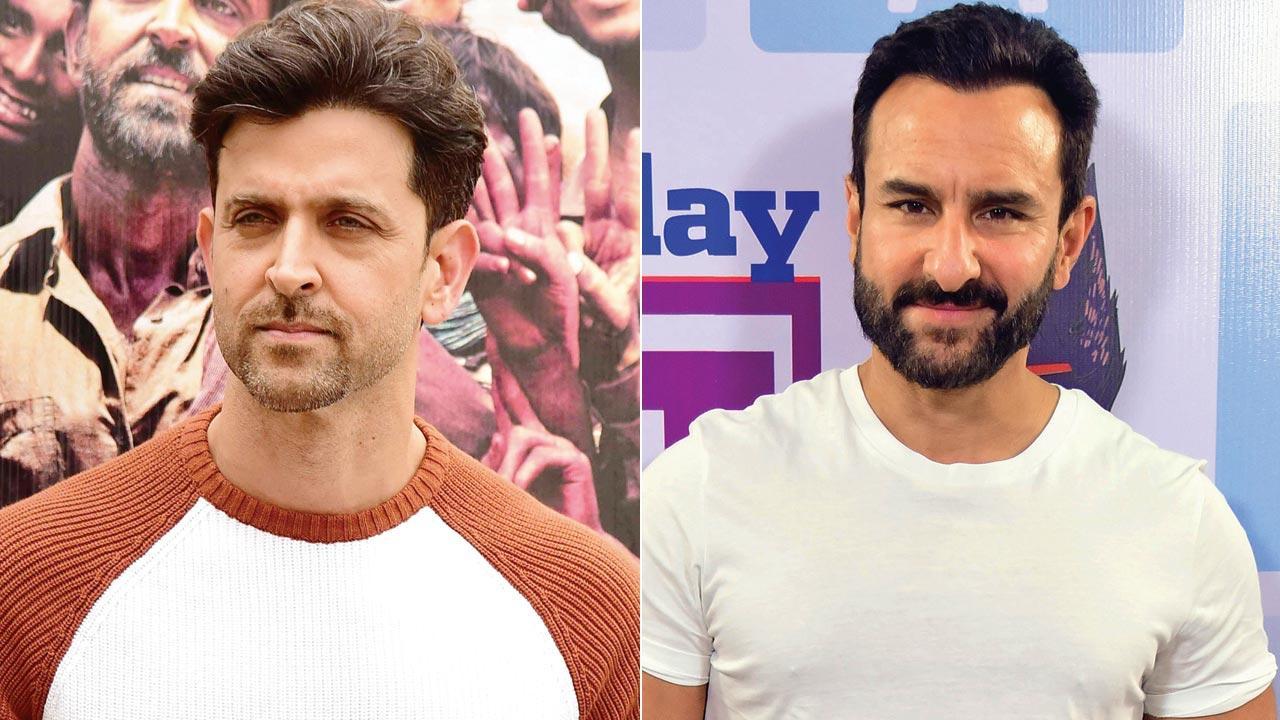 
From a change in the cast to its delay in getting off the ground, the Hindi adaptation of Vikram Vedha (2017) has been in news since last year. Now, mid-day has learnt that the Hrithik Roshan and Saif Ali Khan starrer is set to roll in October. Director duo Pushkar-Gayathri, who helmed the Tamil original, are said to take the remake to Serbia.

“Hrithik, Saif and the crew will head to Serbia to shoot a major chunk of the film, followed by a stint in Georgia. They intend to wrap up the action sequences in the foreign locales before they return to home turf to can the dramatic scenes,” reveals a source. The noir thriller will trace how Vikram — an honest cop, to be essayed by Khan — will change his perspective about good and evil after meeting gangster Vedha. While Aamir Khan was initially in talks to portray Vedha, Roshan clinched the deal after the superstar bowed out. Radhika Apte will play Khan’s lawyer wife in the remake.

mid-day reached out to Shibasish Sarkar from Reliance Entertainment, who remained unavailable for comment.

Next Story : Khushali Kumar going above and beyond