The story is a unique love story of a gay man and a lesbian woman who are on a road trip to discover many elements of “love is love” and forming a unique relationship defining the sheer idea of a soul mate beyond sexuality and gender. 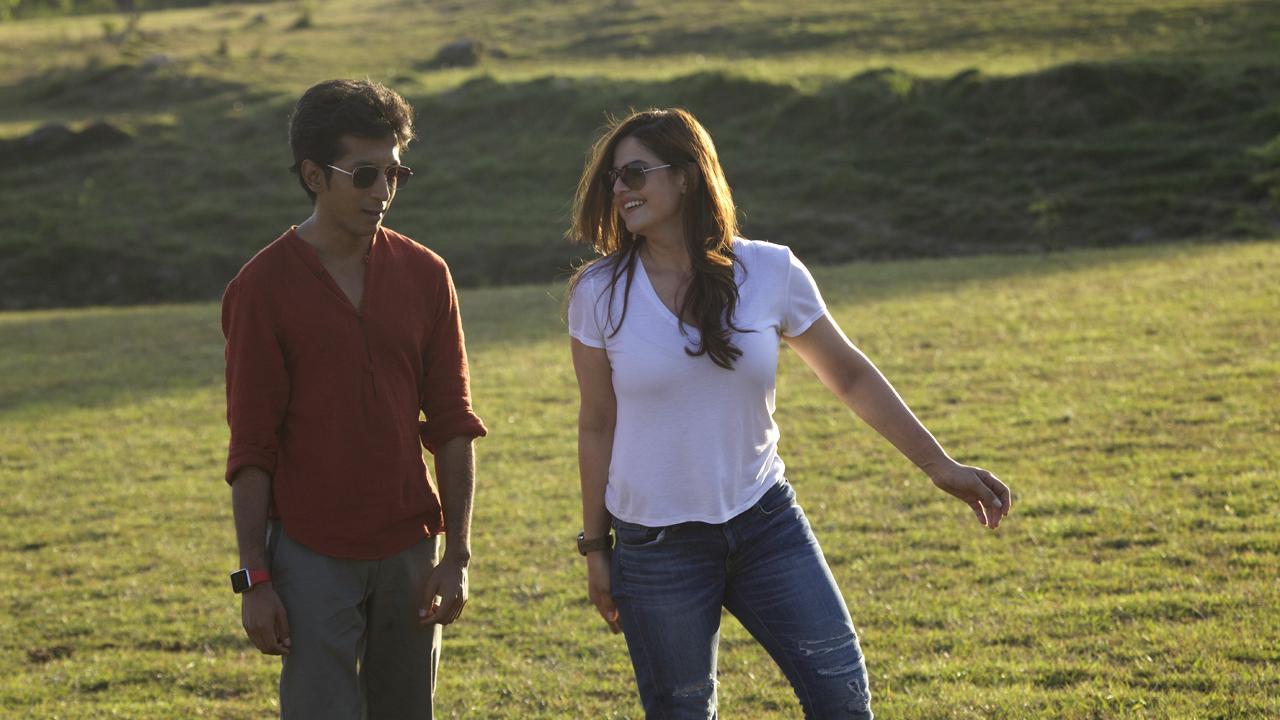 
After collecting accolades around the world, Mansi and Veer’s heart-warming tale about embracing love, life and friendship in Hum Bhi Akele, Tum Bhi Akele is set to arrive on Disney+ Hotstar VIP. Actors Zareen Khan and Anshuman Jha portray the role of Mansi and Veer - two strangers and proud members of the LGBT+ community; who have more in common than they realise and chance upon each other at a bar while trying to escape their respective realities. The duo soon embarks on a road trip that turns out to be a journey of a lifetime; as they drive from Delhi to Mcleodganj, Veer and Mansi discover that love is truly beyond gender.

Director Harish Vyas said, “Hum Bhi Akele, Tum Bhi Akele is a human story of a special friendship that blooms, by chance, between a man and woman - both homosexuals - who are not only polar opposites - think yin & yang, but have had completely different personal journeys so far. My endeavour with this film is to bring forth the warm, positive, loving embrace that is the soul of friendship & to celebrate the LGBTQ+ community which I have been close to. We are grateful to have had a universal audience in New York, Australia & all the festivals where the film was showered with love & several global recognitions. After "Angrezi Mein Kehte Hain'' I wanted to follow up With a light, compassionate journey to re-discover love & friendship. "Hum Bhi Akele, Tum Bhi Akele'' is the culmination of that thought. And I am hoping that it also receives a positive response from audiences watching it on Disney+ Hotstar VIP.”

Actor Zareen Khan said, “I was immediately drawn to the depth and emotionality of Mansi's character since the first time that I heard the narration of Hum Bhi Akele, Tum Bhi Akele by Harish Sir and post reading the screenplay - its unique storyline just hooked me. Just like Veer and Mansi's lives change after their road trip, Hum Bhi Akele, Tum Bhi Akele has been a life-changing experience for me and I do hope the film is able to relay the message that love is love - to even more people as it releases on Disney+ Hotstar VIP.”

Actor Anshuman Jha said, ”The intent has been to bring forth a ‘Pure' story. The Supreme Court of India has legalised homosexuality, but there is still a section of society that considers it a taboo in India and my character Veer hasn’t mustered up the courage to speak openly to his family because he fears that they won’t accept it too. With friendship & love at its core, Hum Bhi Akele, Tum Bhi Akele is a movie that will feel like a warm hug & hopefully inspire people to have more open conversations. Encourage Acceptance. We missed the theatre due to the Pandemic but I couldn’t be happier that more audiences will be able to watch it on Disney+ Hotstar VIP. It's my last work which my mother saw before I lost her in 2020 & it's therefore even more special for me. ”

Synopsis
Life is dull, for the most part. But every once in a while, there comes a moment that makes a mark, a day that changes the course of our respective paths. The film begins on one such day when A girl from Meerut-Mansi. A boy from Chandigarh - Veer. Run away from their respective homes on their wedding day. And bump into each other at a club in Delhi. As if fate had destined them to spend more time together, they both end up on a road trip together from Delhi to Mcleodganj, which turns out to be a bonding experience for them like none other. As they get to know each other, Veer and Mansi uncover parts of themselves which makes them understand the meaning of real love & that it knows no bounds!

Next Story : 'Not a day goes by when I don't miss you Ma!' - Sanjay Dutt remembers mom Nargis Dutt on her death anniversary