Marking his first trip to India since his illness, Irrfan Khan opts for low-key revelry at Nashik farmhouse 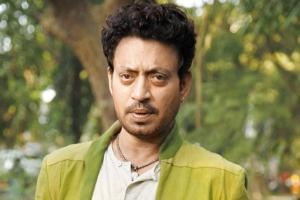 
Not too long ago, Irrfan Khan's spokesperson had announced that the actor is likely to come to India after Diwali. In a development that will bring much cheer to his fans, mid-day has learnt that Khan will apparently celebrate the festival of lights in the country. Marking his first trip to India since he was diagnosed with neuroendocrine tumour in March, he is expected in the bay by Wednesday.

A source close to the family reveals, "Irrfan and his family are planning to celebrate Diwali at their Nashik farmhouse. It will be a 10-day trip after which he will return to the UK for his ongoing treatment."

Recently, reports had suggested that he would return to face the camera with Shoojit Sircar's Udham Singh biopic. The source says that while Khan is on the road to recovery, it will be a while before he can honour his professional commitments.

"He is yet to be given a clean chit by his doctors on whether he can start full-fledged work. The doctors are hopeful that he can return to the set by March. But he will have to follow the guidelines that his oncologists give him. The biopic will have to be divided into shorter schedules." We texted Khan's wife Sutapa, but she didn't revert till the time of going to press.