Irrfan Khan: When life changes drastically, your acting changes too 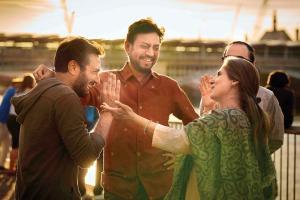 
The past one-and-a-half years have been filled with uncertainty for Irrfan. Which is probably why he hits a cheerful note when you mention Angrezi Medium. After all, for someone who has spent close to three decades in front of a camera, Irrfan is most at home on a film set — it is amidst the urgent instructions of a director, the quick mantling of the lights and the hurried steps of the crew that the actor finds his peace.

"The best shooting experiences are possible in the most adverse situations — be it my health or the weather," writes Irrfan, over e-mail. "On some days in Udaipur, the temperature would touch 48 degrees; on other days, we were shooting in 2 degrees in London, but it's all about the positive vibes."

While showing us the trailer for the first time, director Homi Adajania had mentioned that Irrfan was so much more beautiful in this film than he has ever been. When quizzed if his artistic vision has undergone a shift in light of the recent events, the actor shares, "When your life experience changes so drastically, the actor is bound to change, too. Actors get their stimuli from their personal life. I will be indebted to this film's crew all my life. I wasn't sure if I would be able to shoot in such extreme weather, but Anil Mehta [cinematographer] made it easier. Perhaps, I have become more sensitive because I noticed even the smallest of gestures of those around." 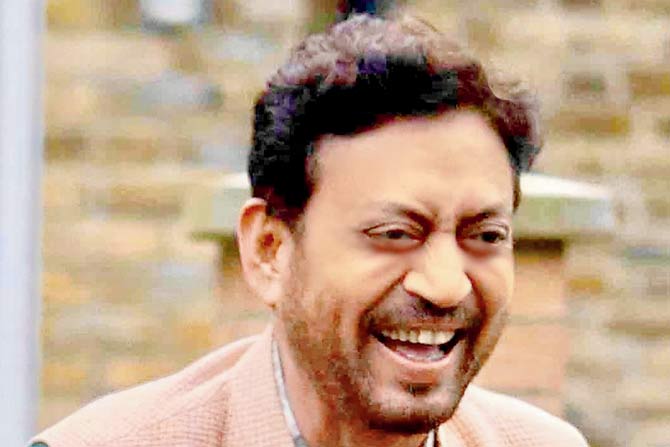 Most filmmakers believe Irrfan is an irreplaceable actor. While Vishal Bhardwaj put Sapna Didi on the backburner for him, Adajania too pushed the shoot of Angrezi Medium. "It's all about the chemistry one shares. I had a fabulous chemistry while working with Vishal saab, and it has turned out to be the same with Homi."

In a scene in The Namesake, Irrfan's character mouths the line, 'Remember that you and I made this journey together to a place where there was nowhere left to go.' The actor has made that journey, and now, it's time to welcome him back.

Next Story : Kareena on Instagram debut: I am joining social media for my fans