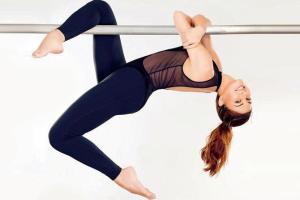 
Gymnastics
Fernandez, who paints her Instagram feed with her sessions at an Andheri studio, can raise many an eyebrow with her splits and back-bends. "I train with Kuldeep [Shashi] thrice a week. I often share my routines online because I think it's important that people understand how and where I access [these classes], so they can too." The training format employs the skills that she develops in other fitness classes as well. "It enhances my flexibility, so I'm able to use the skills that I've acquired in yoga here. You also need to have enough strength to pull gymnastics, so my training in the boot camp, [is tested]. Also, action [drills] are always great to incorporate. In our field, they can be used in various ways [to enhance] the characters we play." 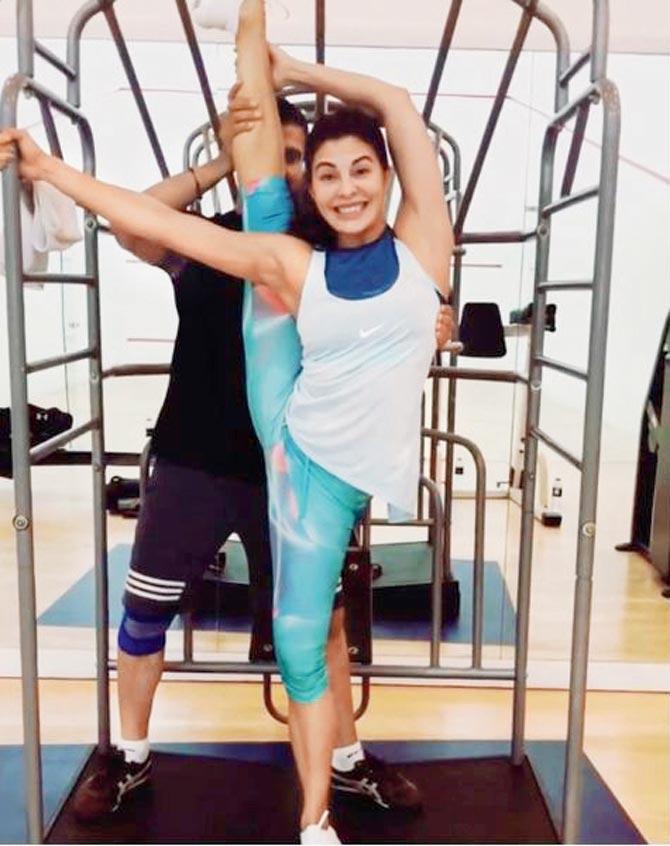 Dance
An assortment of dance forms comprises a major chunk of the routine of the actor, who practices it five times a week. "Dance work may involve hip-hop, jazz or isolations. While initially I'd dance after participating in boot camp and gymnastics classes — since my fitness levels were good — I found myself becoming prone to injuries. Now, I do boot camp and yoga on one day, and gymnastics and dance on another. I pack in three hours of training a day. Dance is a skill set I want to improve." While she doesn't discredit the benefits of pole dance — a form she made popular in recent times — she says it was an art she took to "specifically for a film". 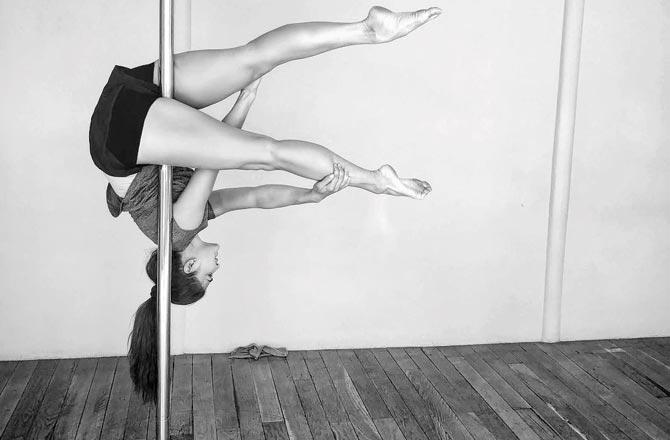 Yoga/Pilates
"I train with Radhika [Karle], and have been doing so for three years. Pilates is a low impact workout and helps in lengthening [the muscles], apart from also [developing] the core [muscles]. Training the core is crucial since it is the basis for everythi-ng," says Fernandez. Yoga enables her to reap physical and mental benefits. Apart from channelising her energy towards her personal growth, it also helps her professionally. 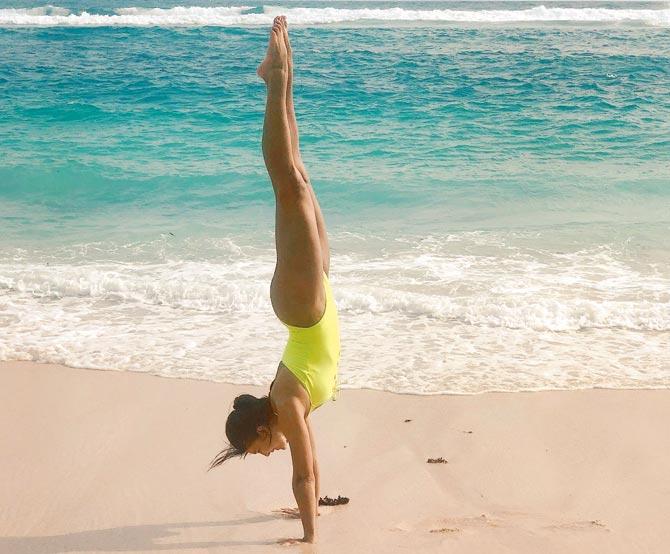 Boot Camp
A fluid schedule implying that Fernandez will not know where she will pack in her next workout — given her shooting stints that take her across the globe — the actor has often spoken about the need for an artiste like her to be independent of a gym set up. Celebrity fitness instructor Cindy Jourdain trains Fernandez three times a week. "Her boot camps comprise cardiovascular activities and weight training exercises. This is a routine that I started [practicing] recently, because I wanted to incorporate strength [training] into my regimen," says the actor who primarily executes body-weight exercises. While she doesn't incorporate heavy weight-training into her routine, she does take to functional-fitness drills and callisthenics. Her social media posts also reveal that she incorporates basic Olympic lifts into her training. 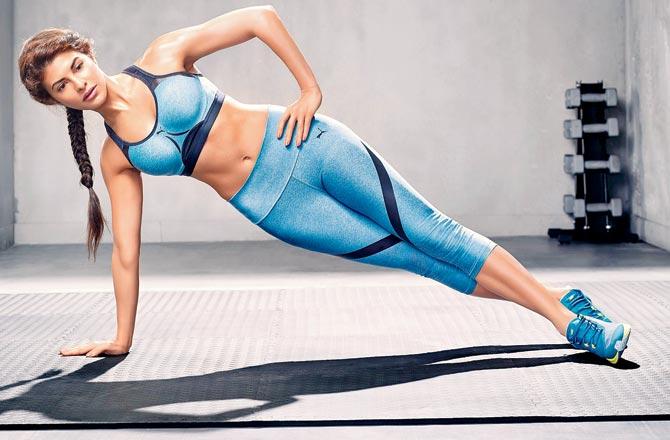 On opting out of veganism and taking to intermittent fasting
Once a vegan, Fernandez, like several fitness enthusiasts, struggled to manage a meal plan that eliminates eggs. "I'm not vegan anymore, I'm vegetarian. But, there are days when I crave vegan food because I find it nourishing for my body, and good for my skin. Also, vegan food, like simple dal chawal and sabzi, is easy to access. I switched back to eating eggs because it is an extra food source, and it was tough to manage without it. Also eggs are in a lot of foods. Eliminating it is harder."

What is if:
An eating pattern that comprises periods of fasting, followed by phases where one can consume permissible food. The flexible programme allows one to choose the hours or days that are most suitable for fasting. The two common methods are the 16:8 strategy — where one eats within eight hours a day, and then fasts for the remaining 16. The 5:2 method involves eating normally for five days a week, then limiting food intake to roughly 500-600 calories on two days. The motive is to utilise fats as the primary energy source for any activity.

Jacqueline on if:
Since I fast for 16 hours a day, I don't eat my first meal until 11 am, when I have porridge, berries, and nuts. At around 5 pm, I will have fruits or nuts, or a coffee. An hour later, I'll have a wholesome meal, which will include salad, avocado, hummus, quinoa with egg, pita chips, rice or noodles, and maybe a soup. I stop eating at 7 pm. When I first started IF, [my fasting phase] was 12 hours long, instead of 16. Honestly, of the 24 hours in a day, one sleeps for eight, and naturally minimises food intake over the two hours before and after sleeping. So, fasting for 12 hours was easy. Then, I gradually worked up to fasting for 14, and now 16 hours. I have been following intermittent fasting for about a year. 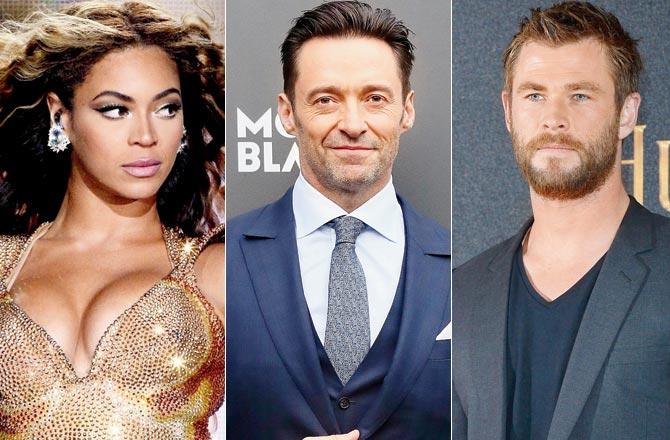 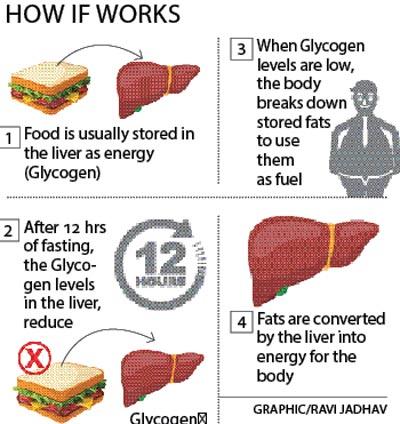 Next Story : Kriti Sanon on #MeToo: Shooting was stalled only for two days