'RAW' as the movie is being called has been shot in a 60-day start-to-finish schedule. 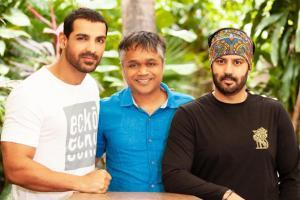 
John Abraham's next Romeo Akbar Walter has got its release date. The thriller is set to release on March 15, 2019. Film critic and trade analyst Taran Adarsh announced it on his official twitter handle.

The film also stars Sikander Kher in a negative role. Romeo Akbar Walter is directed by Robbie Grewal. Other details of the film have not been shared. Earlier, actor Sushant Singh Rajput was roped in for the title role in the film, but the makers of the movie mutually parted ways with the actor due to "unavoidable circumstances".

'RAW' as the movie is being called has been shot in a 60-day start-to-finish schedule. The thriller flick is set against the backdrop of the Indo-Pakistan War of 1971 and is said to be inspired by true events.

Edited by mid-day online desk, with inputs from ANI

Next Story : Freida Pinto opens up on her low phase