Karan Johar wrote- "Soaring high on your love as we are all set to enter the next weekend to celebrate love, life and family with YOU!" 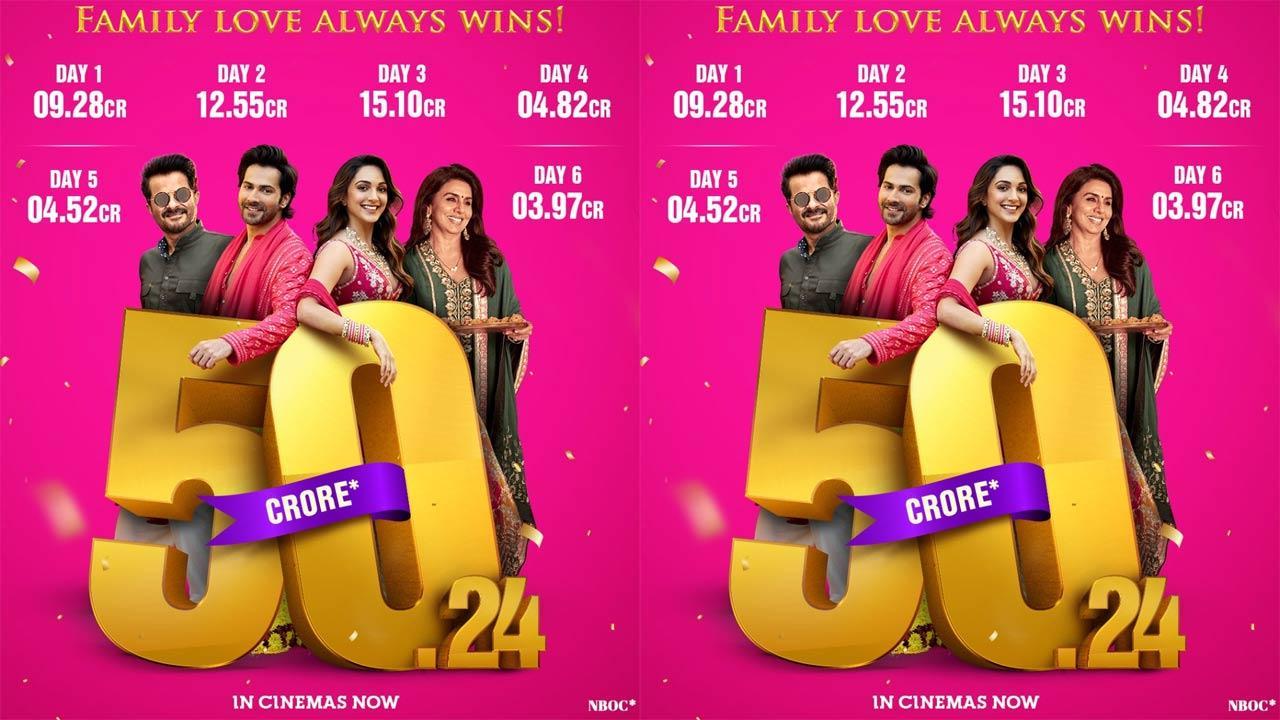 
Neetu Kapoor, Anil Kapoor, Varun Dhawan, and Kiara Advani's family comedy-cum-drama 'Jugjugg Jeeyo' received rave reviews from critics and owing to that, the collections have shown an upward trend at the box-office. This family drama had a healthy week one of Rs. 50.24 crore at the box-office.

Karan Johar wrote- "Soaring high on your love as we are all set to enter the next weekend to celebrate love, life and family with YOU!"

Soaring high on your love as we are all set to enter the next weekend to celebrate love, life and family with YOU!🙏🏻 #JugJuggJeeyo pic.twitter.com/uHksqXfeWQ

Neetu Kapoor, who made her comeback after the demise of her husband, veteran actor Rishi Kapoor, got emotional during the trailer launch of her film 'Jugjugg Jeeyo' on Sunday. During an interactive session, Neetu said: "I cannot really be more thankful than Karan who motivated me, pushed me to take up the film and even though, during the filming, we went through a lot, finally we are here, the film is completed."

Next Story : '365 days without you,' pens a heartbroken Mandira Bedi on husband Raj Kaushal's death anniversary