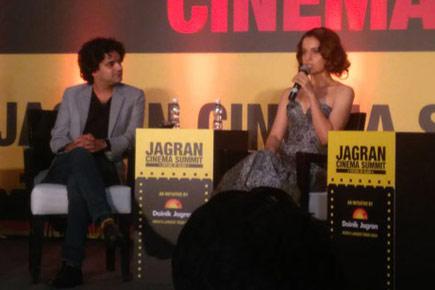 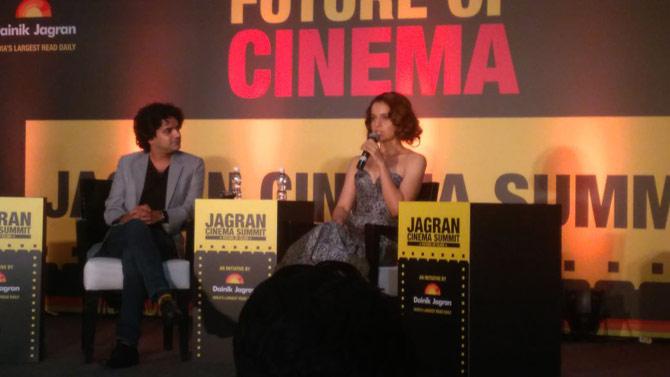 “ I am not a Man Hater” , speaking on her image of a feminist, Kangana Ranaut expressed that she feels sorry for the state of the society due to the inequality that persists and this is the reason why feminism finds its  way. She spoke that a person's opinion has nothing to do with their

profession, and so as an individual she before an actress is a woman and citizen of the country with a freedom of expression.

In an another interesting panel discussion headed by Mini Mathur were joined by Madhu Mantena (Founder, Phantom Films), Ajay Chacko (Founder, Arré), Sameer Nair (Former CEO, Balaji Telefilms), Shrishti Behl (Vice President of the Film and Television Producers Guild of India & Producer, Rose Movies) and Actor Vivek Oberoi where Does size matter? (of the screen) was the focal point of getting the panel's perspectives owning to their profiles. Each of the panelists regarded that the size of the screen is irrelevant as long as content is enabling enough room for personal themes to resonate be it through mobiles, television or big screen theaters.

A presentation “*Looking back as we look ahead” *by *Shivendra Singh Dungarpur (Founder, Film Heritage Foundation)* gave a wonderful insight on the heritage of Cinema and restoration of old Indian films. Shivendra shared intriguing images from his experiences of films being stripped for extraction of silver in Pathanwadi. Tragic fire at FTII that lost over 150 film negatives to how the Indian railways carried 1000s of unclaimed film prints were shared in an full excerpt.

The second panel discussion at the summit took a light on “changes in the economics of film making” setting Bahubali as the benchmark of achieving gross hits. Mukesh Bhatt expressed the drama of Bahubali as an 'event experience' similar to how he had witnessed the charisma of Mughal-E-Azam which was a success product of good cinematic vision. Sajid Khan believes that the actual big numbers only come in when the people who usually would not come to cinemas, make it to the cinemas like in case of Bahubali that was wide-spread like fire.

Towards the end of the summit, Varun Dhawan joined in a conversation with Mayank Shekhar on the 'Future of Stardom' where he shared the dilemmas he had while auditioning and the failures with no intentions of his father launching him before he made it. Fans bring stardom and Content has become the star of the films is what Varun iterated to embracing Stardom.

Concluding the event, Mayank Shekhar said, "Future of cinema as the theme of the summit has been very well tackled with top filmmakers, producers, actors and distributors in each of its segment, we definitely look forward to the next year's installment." 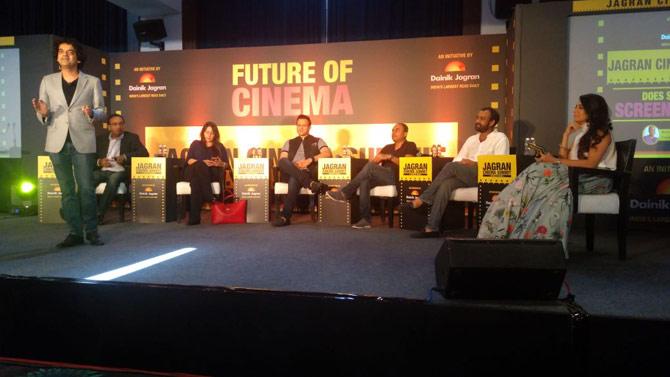 Jagran Cinema Summit has been curated to know the perspective of films produced and the future of cinema. For the consumers perspective, the
Jagran Film Festival will be held in Mumbai between 18-24th September'17.

Next Story : Bappi Lahiri dubs for Elton John in 'Kingsman 2'