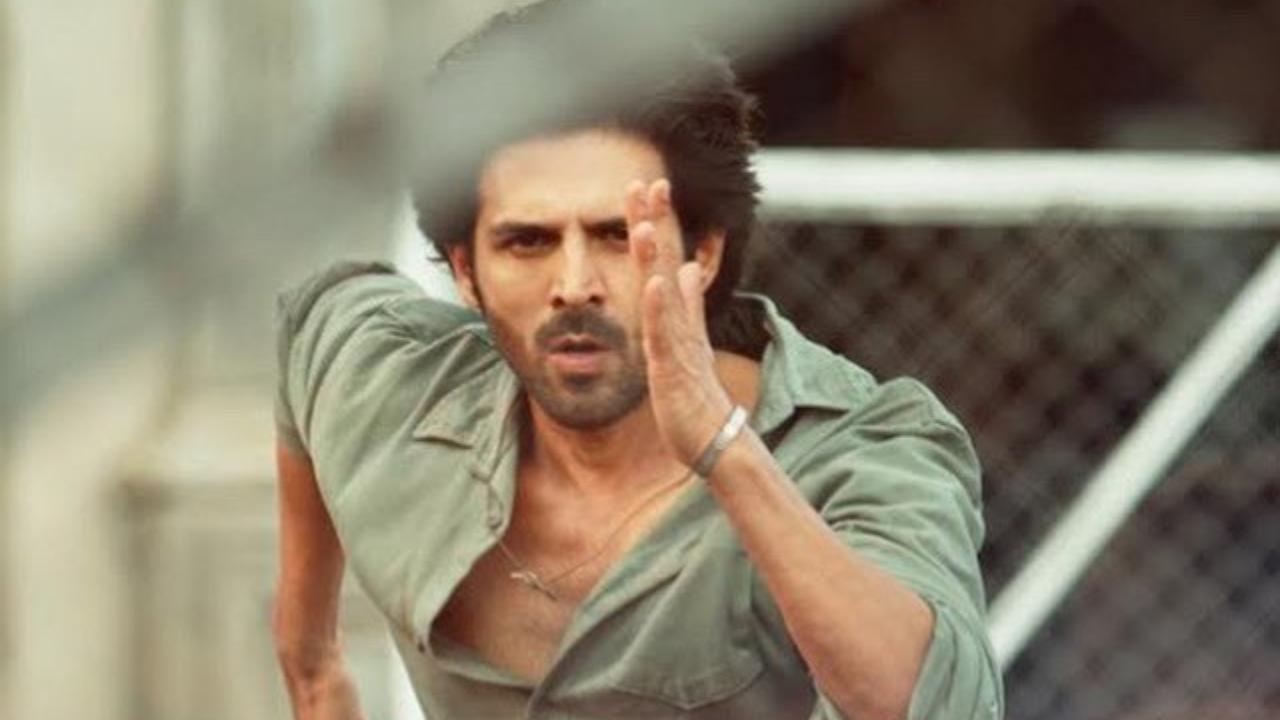 Sharing the still from the movie, Kartik gave an update on a release date. He wrote, " Shehzada Returns Home. Feb 10th 2023"

In the picture, the 'Dhamaka' actor is seen in an 'action' mode avatar, donning an olive-green shirt with black trousers.

After 'Luka Chuppi', Kartik and Kriti Sanon have teamed up for 'Shehzada'. Helmed by Rohit Dhawan, the film is touted as an action-packed family musical film. Paresh Rawal, Manisha Koirala, Ronit Roy, and Sachin Khedekar are also a part of 'Shehzada'.

Also Read: Kartik Aaryan: We were laughing when rumours were flying thick

Meanwhile, earlier this year, Karan Johar had announced that his directorial 'Rocky Aur Rani Ki Prem Kahani' starring Alia Bhatt and Ranveer Singh will be released on February 10, 2023. However, it is said that the film has been postponed. The team is yet to shoot a song featuring Alia Bhatt. Since Alia is pregnant, the team will be waiting to shoot the song until after the actress delivers her baby.