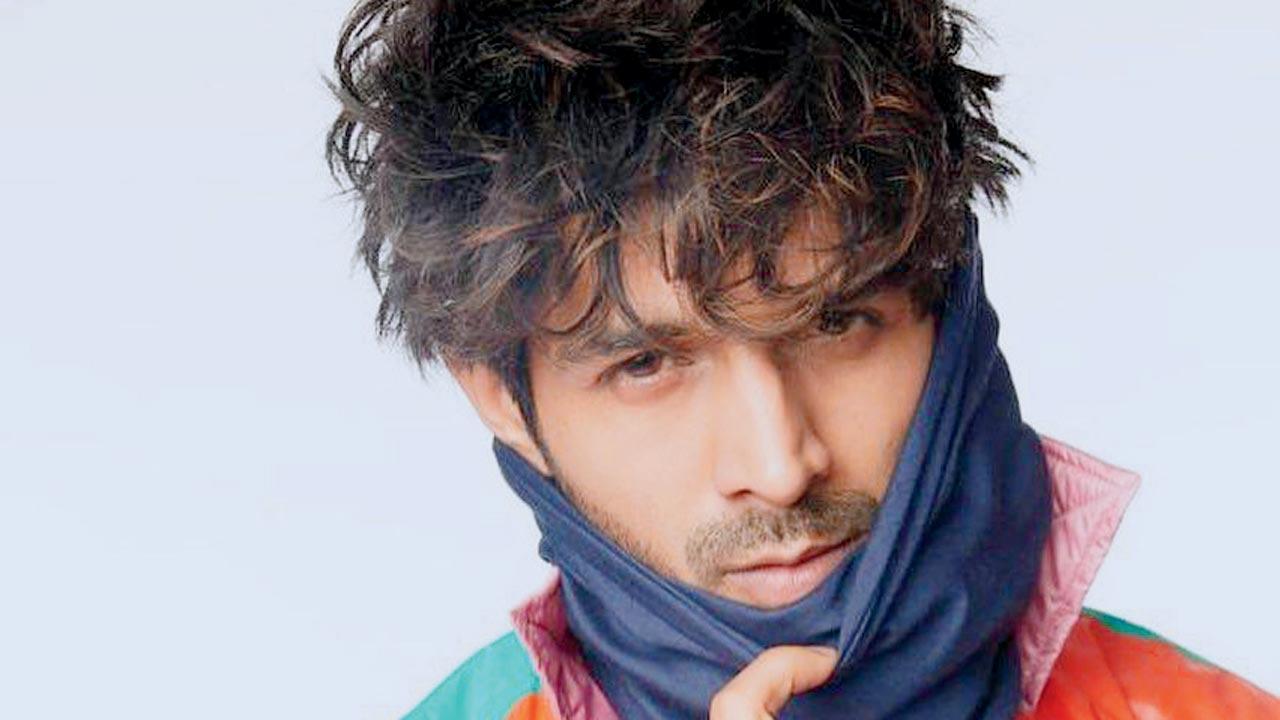 
Kartik Aaryan knows best how to engage with his fans and followers regularly on social media. The actor, who is known for his wit and humourous posts on social media, recently shared a picture from his teenage years. However, the caption to the picture is winning the hearts of the netizens.

The picture, posted on Instagram, sees Aaryan donning a green face mask as he is dressed in a white T-shirt and makes a peace out sign while posing for the camera. Asking fans for help in captioning the picture, Kartik wrote, "Wrong captions only," and the actor even responded to the most hilarious replies.

Celebrity hairstylist Aalim Hakim wrote, "Goodð ...At least There is a MASK on the face .. ð @kartikaaryan," to which Aaryan replied by writing, "Sanskaari bachcha" and added a smiling emoticon. Sophie Chourdy wrote, "I was always into masks ð," and the 'Pyar Ka Punchanama' star replied, "Sophie, now be in-two masks."

Celebrity fashion designer and stylist Manish Malhotra and more than 3.2 lakh fans adored the throwback photo of the star.

Time and again, Kartik has used his social media platforms to create awareness about the Covid-19 pandemic as well as urged his fans to wear masks and maintain social distancing. Also initiating a talk show last year, Kartik put forth the conversations with covid warriors.

Currently, using social media to amplify leads and generate funds for Covid patients, Kartik has also been urging everyone to help the needy while making generous contributions himself.

Meanwhile, on the work front, Kartik has some exciting projects in his kitty including comic supernatural thriller 'Bhool Bhulaiyaa 2', and the much-anticipated crime-thriller 'Dhamaka'.

Next Story : Arjun Kapoor: 'Sardar Ka Grandson' should not get caught up with the box office merits