Taking to his social media, Kartik shared a selfie video where the child actor, Inayat Verma can be seen repeating his opening dialogue as the journalist, Arjun Pathak 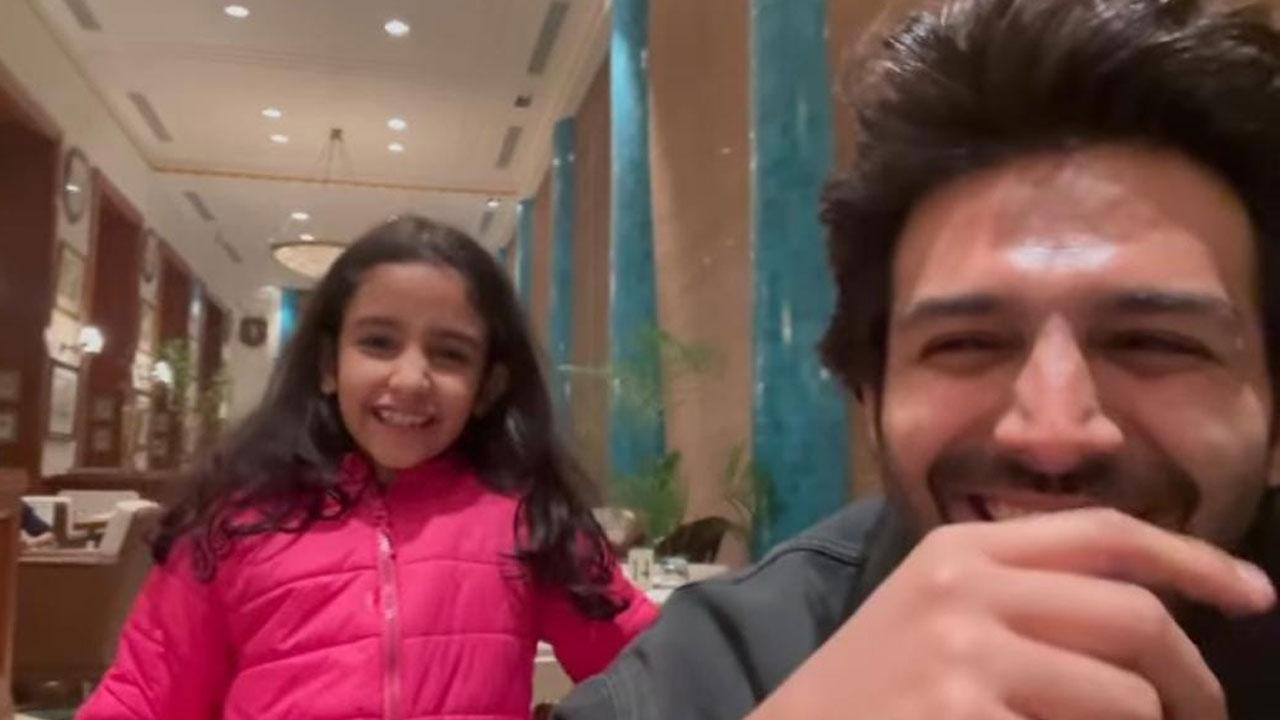 
Kartik Aaryan's film Dhamaka has found a fan in child actor Inayat Verma. Taking to his social media, Kartik shared a selfie video where the child actor, Inayat Verma can be seen repeating his opening dialogue as the journalist, Arjun Pathak in Dhamaka. He rightly captioned it, "Cutest #ArjunPathak."


Aaryan has projects like, 'Shehzada, 'Freddy', 'Bhool Bhulaiyaa 2', 'Captain India' and Sajid Nadiadwala's untitled next in his pipeline. Aaryan's upcoming film 'Bhool Bhulaiyaa 2' will not be clashing at the box office with filmmaker S.S. Rajamouli's movie 'RRR' as it is now scheduled to hit the screens on May 20.

Along with Kartik, the film also stars Kiara Advani, and Tabu. It has been directed by Anees Bazmee and written by Farhad Samji and Aakash Kaushik.

The film is a follow-up to the 2007 Akshay Kumar-Vidya Balan hit film "Bhool Bhulaiyaa".'Bhool Bhulaiyaa 2', produced by Bhushan Kumar, Murad Khetani, and Krishan Kumar under the banner of T-Series and Cine 1 Studios.

Aaryan, while attending a cancer prevention awareness drive at a Mumbai hospital, opened up about his mother's battle with cancer. The 'Dhamaka' actor took to his Twitter handle and shared glimpses from the event that featured Kartik and his mother dancing along with a group of cancer survivors.

Stating he was proud of how she was able to win the battle against cancer, Kartik wrote, "From going for chemotherapy sessions during d shoot of these songs to now dancing on stage on d same."

"The journey has been arduous! But her Positivity, Fortitude n Fearlessness kept us going. Today i can proudly say: My Mom fought the battle against cancer and WON," he continued.