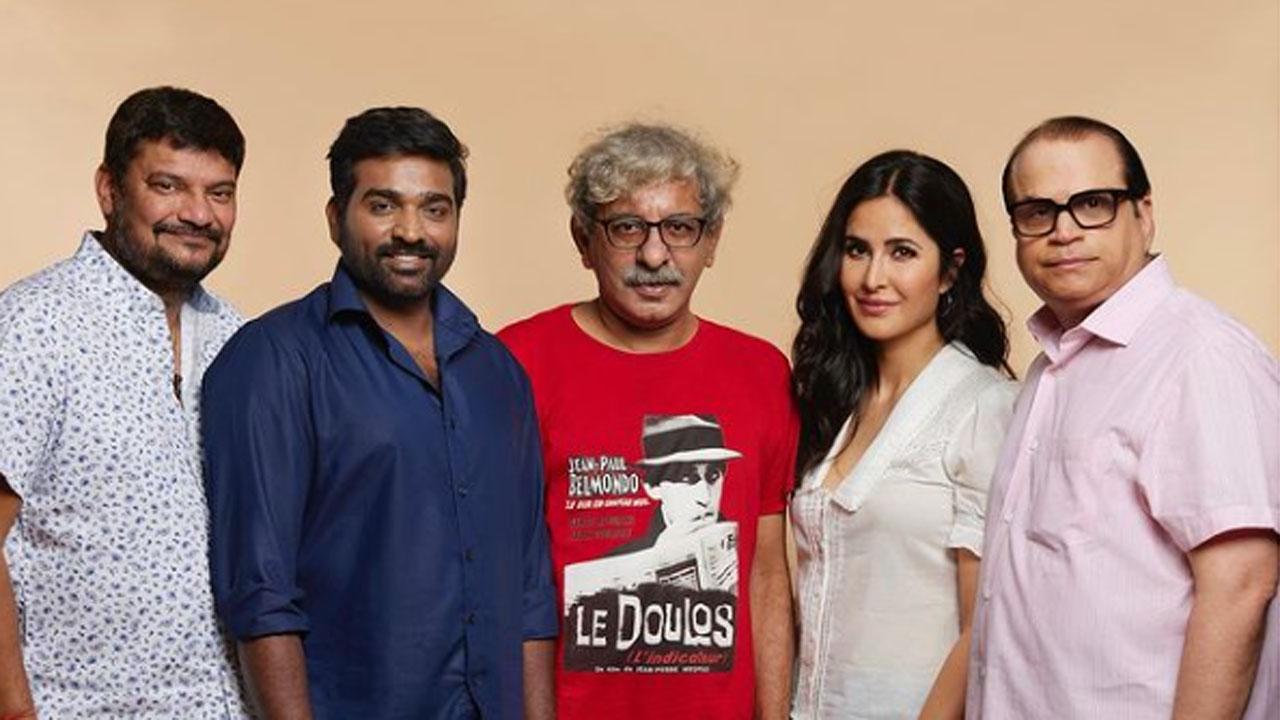 
The leaked pictures of Katrina Kaif from her upcoming film 'Merry Christmas' costarring Vijay Sethupathi, have come as a treat to her fans who were keeping on their toes to get a glimpse of the star's first look from the much-anticipated project.

A slew of pictures featuring Katrina with Tamil actor Radikaa Sarathkumar from the sets of 'Merry Christmas' has been doing the rounds on social media. In the pictures, Katrina looks magnificent in a floral pink and white dress. On the other hand, Radhika can be seen dressed as a cop.

For the unversed, on the occasion of 2021 Christmas, Katrina shared a photo with Vijay Sethupathi, director Sriram Raghavan to announce that she has started
shooting for their upcoming film 'Merry Christmas.' Announcing the project, Katrina, 38, wrote, "New Beginnings. BACK ON SET with director #sriramraghavan for Merry Christmas! I've always wanted to work with Sriram Sir, He is a master when it comes to narratives that showcase thrillers and it's an honour to be directed by him. Super excited to be teaming up with @actorvijaysethupathi for this one produced by @rameshtaurani & @sanjayroutraymatchbox @tips @tipsfilmsofficial @matchboxpix."

Apart from this, Katrina will be seen in the third instalment of the 'Tiger' franchise, costarring Salman Khan and Emraan Hashmi. She also has 'Jee Le Zara', co-starring Alia Bhatt and Priyanka Chopra; and horrorcomedy 'Phone Bhoot' alongside Siddhant Chaturvedi and Ishaan Khatter in the pipeline.

Next Story : Ranveer Singh: Being in character, the moves stumbled out of me