After wrapping up her debut project opposite R Madhavan, which remains untitled yet, Khushali Kumar has flown to Jhansi to kickstart Hansal Mehta’s Dedh Bigha Zameen 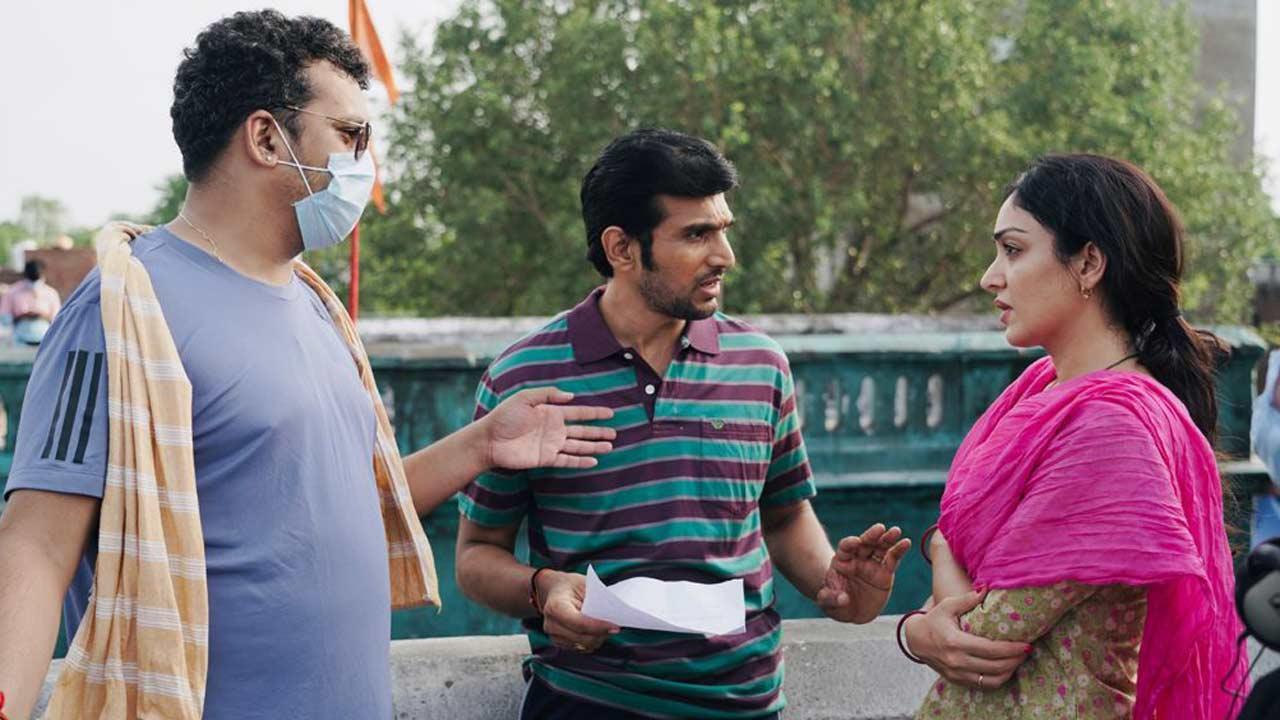 
Khushali Kumar and Pratik Gandhi’s upcoming human drama is currently being shot in Jhansi, Madhya Pradesh. Directed by Pulkit, the makers had recently released the first look of Pratik from the sets of this Bhushan Kumar, Shaailesh R Singh and Hansal Mehta production.

Khushali Kumar, the lead actress of the film starring opposite Pratik Gandhi, yesterday wrapped up her first schedule shoot and it surely was an emotional moment for her. The actress took to Instagram and shared a post with some exciting BTS images captioning it as “Schedule wrap of ‘Dedh Bigha Zameen’. It was a great learning and soul searching experience to work on such a heart touching story. Thanks to my amazingly calm, skilled and sorted director @justpulkit n my co-star @pratikgandhiofficial who is such a gifted actor that there was something to learn from him everyday n the only @castingchhabra”

The director, Pulkit responded to her beautiful ode with a reply describing her as a humble and talented actor while Pratik Gandhi’s funny reply on her post hinting a yet to be shot cooking scene together has left us curious to see their on-screen camaraderie soon.

After wrapping up her debut project opposite R Madhavan, which remains untitled yet, Khushali Kumar has flown to Jhansi to kickstart Hansal Mehta’s Dedh Bigha Zameen. The film showcases the actor opposite Pratik Gandhi of Scam 1992: The Harshad Mehta Story fame. The actress will join the crew for her second schedule in mid-September.