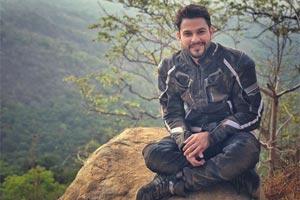 Karan Johar's multi-starer production, 'Kalank', has kickstarted its shooting and actor Kunal Kemmu has also joined the ensemble cast. According to sources, "Abhishek feels Kunal is extremely promising and he has already shot a few scenes that the filmmaker has loved."

Helmed by Abhishek Varman, the epic period drama is going to be set in the 1940s, around the hard times faced by India and Pakistan. Produced by Fox Star Studios, Dharma Productions, and Nadiadwala Grandson Entertainment, the movie is slated to release on April 19, 2019.

This story has been sourced from a third party syndicated feed, agencies. Except for the change in headline, the story has been  provided "AS-IS," "AS AVAILABLE, without any verification or editing from our side. Mid-day accepts no responsibility or liability for its dependability, trustworthiness, reliability and data of the text. Mid-day management/mid-day.com reserves the sole right to alter, delete or remove (without notice) the content in its absolute discretion for any reason whatsoever