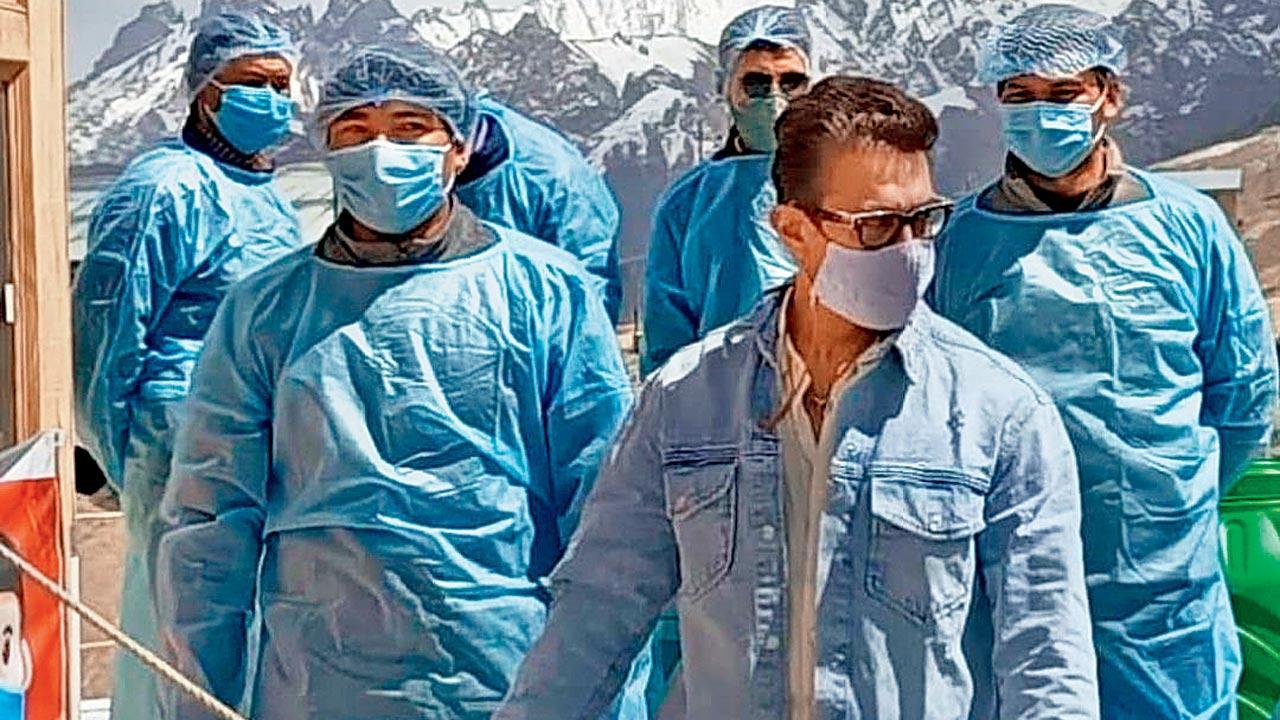 
Aamir Khan may be home-bound presently, but his mind is ticking away, working out the nitty-gritty of Laal Singh Chaddha’s upcoming Ladakh schedule. The superstar, who had recently headed to Kargil with a four-member team for the recce (Time to race to Ladakh, May 6), returned to Mumbai last week after having zeroed in on the locations. Joining him on the recce was action director Parvez Shaikh, who has been given the responsibility of designing the elaborate war
sequence that will be shot in the rocky terrain.

It is heard that Khan expressed his desire to bring Shaikh on board as he is skilled at mounting action sequences on a grand scale, with the Hrithik Roshan-Tiger Shroff starrer War (2019) being a recent example. “With the movie examining India’s political and cultural milestones through the lens of the protagonist, the Kargil War will form a crucial part of the narrative. Aamir and Advait [Chandan, director] have envisioned a grand battlefield scene, complete with massive infantry. If things go as per plan, the production team will hire locals for the sequence. The unit will be put up at The Grand Dragon hotel in Ladakh in a bio-bubble. Advait has charted out a tentative month-long schedule, and intends to head to the northern region as soon as the situation in the country stabilises,” says a trade source.

South star Naga Chaitanya plays a crucial role in the Indian adaptation of Forrest Gump (1994). The actor’s character is said to be based on Benjamin Buford Blue aka Bubba, who becomes Gump’s best friend when the latter enlists into the US Army. While the two promise to turn business partners, Gump honours his commitment after Bubba is killed in the Vietnam War. The source adds, “Chaitanya will join Aamir in the upcoming leg.”

After Khan wraps up the ambitious schedule, he will rush back home to film the cameo scene with superstar-friend Salman Khan post which it will be a wrap on the project.

Also Read: Aamir Khan on shooting for Laal Singh Chaddha: We were dealing with Corona and Kareena