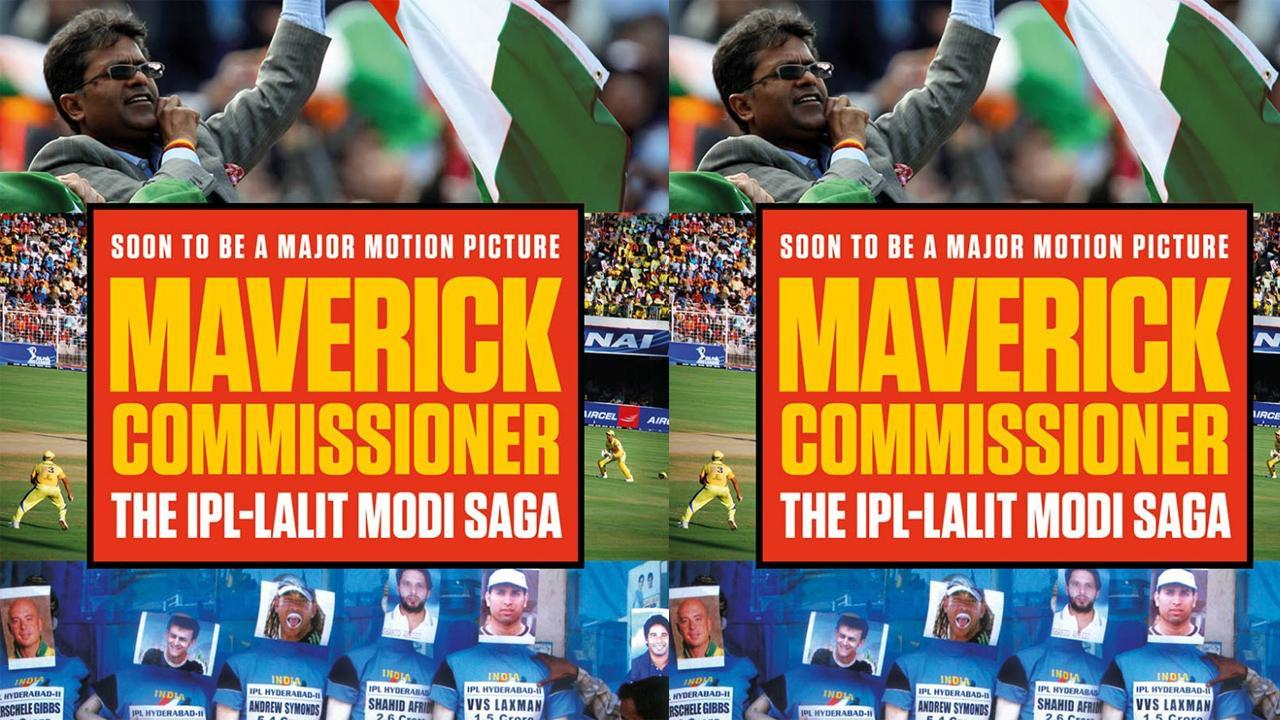 
It was April 18, 2008, when sports lovers were introduced to a T20 cricket tournament, the Indian Premier League -- founded by now London-based Lalit Modi. 15 years have passed since its inception and the magic of the cash-rich league is very much on.

Vishnu Vardhan Induri will adapt Boria Majumdar's book 'Maverick Commissioner: The IPL - Lalit Modi Saga', into the film. "Winning the 1983 World Cup was just the tip of the iceberg. No one in the world could believe that a few years down the line, India would rule the world of cricket. Almost a quarter-century later came the Neil Armstrong moment of cricket. Formation of the biggest cricket league in the world - the Indian Premier League. It changed the cricketing world forever. The book 'Maverick Commissioner: The IPL - Lalit Modi Saga' by India's ace sports journalist Boria Majumdar is a fascinating account of the creation of the world's biggest cricketing mela IPL and insights about the man behind the show-Lalit Modi. Elated to announce that we are adapting this amazing book into a feature film," Vishnu Vardhan Induri said.

Winning the 83 World Cup was the tip of the iceberg. The book "Maverick Commissioner" by sports journalist @BoriaMajumdar is a fascinating account of the IPL and the Man behind it Lalit Modi. Elated to announce that we are adapting this book into a feature film. @SimonSchusterIN pic.twitter.com/tLEGGCkkxn

Lalit Modi is the man who is credited for conceptualising IPL and under his tenure, the second edition was played in South Africa due to Lok Sabha Elections in 2009.