In the photo, actor Ranbir Kapoor, Anil Kapoor, and Suresh Oberoi are seen sharing the frame 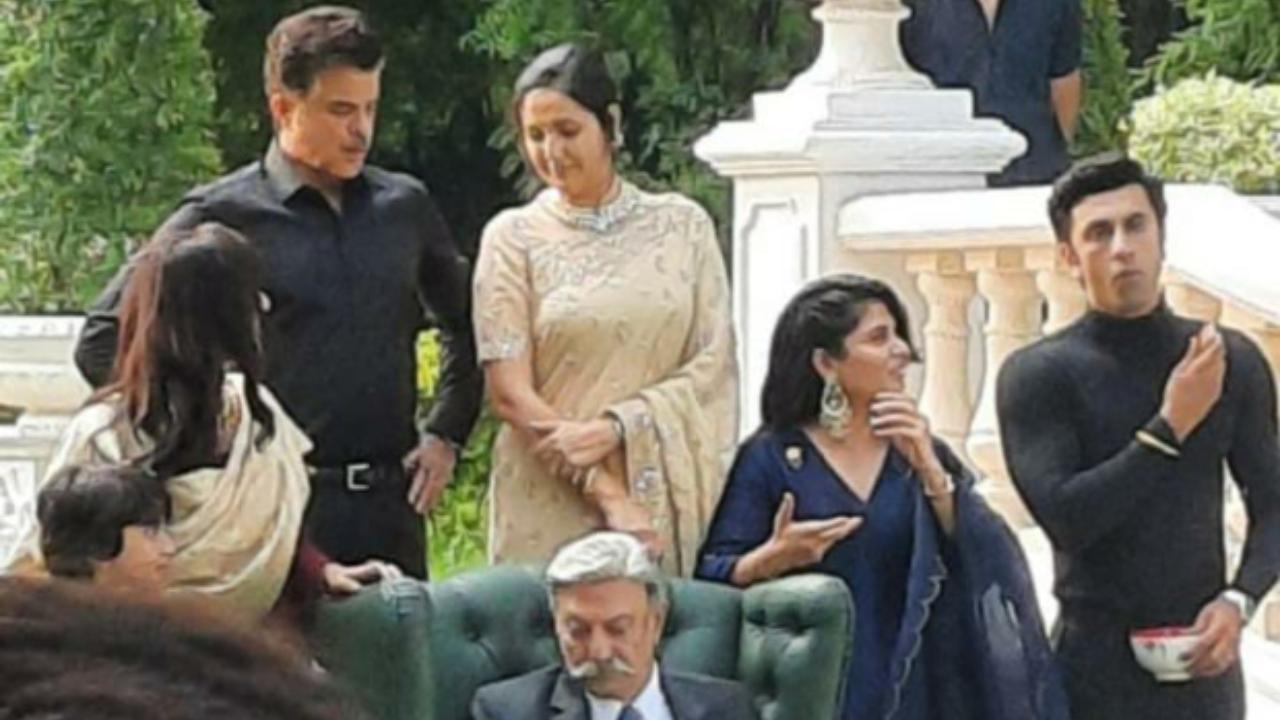 From the sets of Animal


After the release of 'Shamshera', Ranbir Kapoor dived back into the shoot of his forthcoming film 'Animal' with director Sandeep Reddy Vanga. The film marks their first association. Now a picture of the team of the film shooting for a scene has leaked on social media. In the photo, actor Ranbir Kapoor, Anil Kapoor, and Suresh Oberoi are seen sharing the frame. The schedule has commenced at the Pataudi palace, the gorgeous family house belonging to Sharmila Tagore and Saif Ali Khan.

In the leaked picture, Ranbir Kapoor is seen dressed in an all-black outfit. He is holding a bowl in one hand and a snack in another. The actor sports a clean-shaven look. Anil Kapoor is also in all black as well. Next to him, Suresh Oberoi is seated on a chair. The picture was shared by makeup artist Anam Khan.

Ranbir will be seen as a ruthless gangster while Anil Kapoor plays his domineering father. Talking about his physical transformation for the role, Ranbir told Mid-Day, “The movie requires me to nail the grey shades rightly, and the physicality adds to [the character’s menacing ways] in terms of visuals. I have put on a lot of muscle.”