Likewise, all that went on inside Mumbai’s Hotel Taj Mahal Palace, one of the locations of the multiple attacks, and where Major Unnikrishnan was leading the combing operation, is wholly the subject of the Dev Patel starrer Hotel Mumbai (2018) 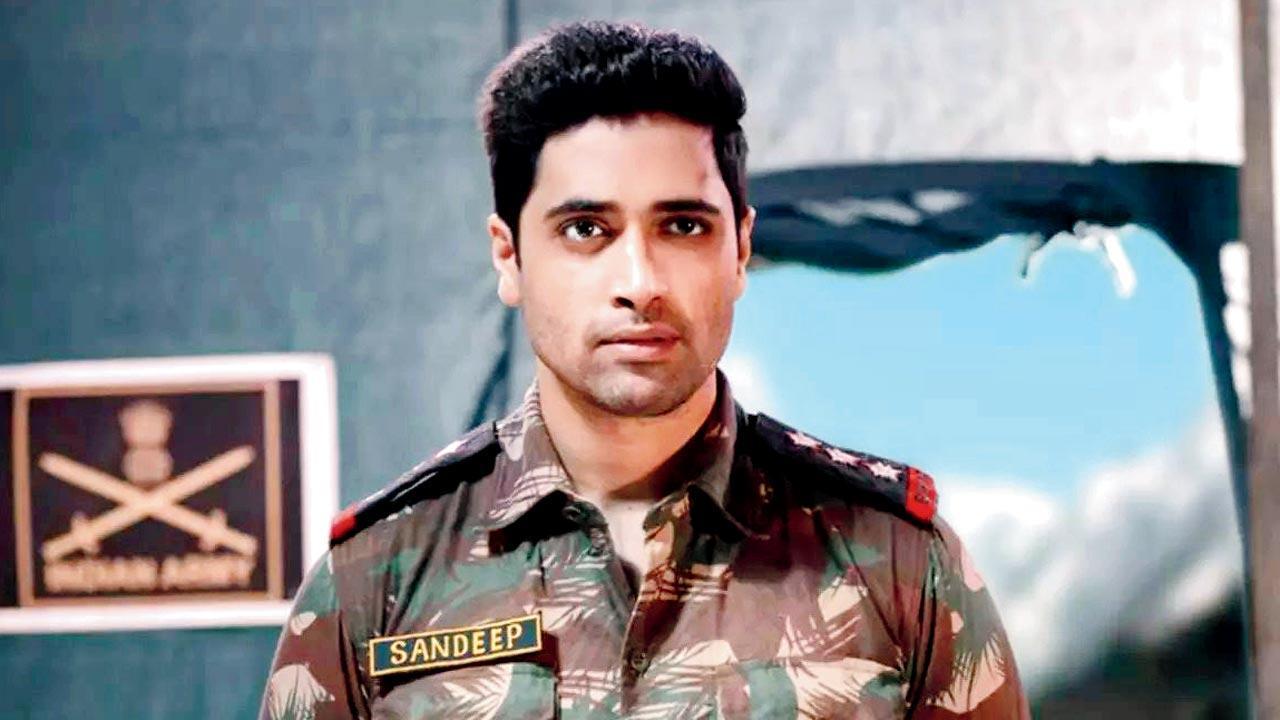 This movie, Major, is a biopic of the top, instructor-level commando from India’s elite National Security Guards (NSG), Major Sandeep Unnikrishnan, that the film is named after.

Now, 26/11, through the perspective of NSG alone has already been painstakingly serialised in the relatively under-rated show, State of Siege (Zee5).

Likewise, all that went on inside Mumbai’s Hotel Taj Mahal Palace, one of the locations of the multiple attacks, and where Major Unnikrishnan was leading the combing operation, is wholly the subject of the Dev Patel starrer Hotel Mumbai (2018).

Is Major, majorly different from other movies/series on the subject? Yes. Because it is foremost about a young Bangalore boy, who grew up wishing to join/serve the forces. Which is perceived in most societies as a noble thing to do — despite the personal sacrifices, and potential risks involved. The Major of this movie also got hit on both counts. And he had a life, before he had none.

Much like Shershaah (2021), which should have been a theatrical release — the biopic of Captain Vikram Batra, killed in Kargil War — Major ends up humanising 26/11, more than most other works on the subject. Because, primarily, it is focused on the front-man. With a hero to singularly follow.

This can be an apprehension for an audience (like me), since the film is originally in Telugu; simultaneously shot in Hindi. And outside of Rajamouli blockbusters, and Pushpa of course, my idea of mainstream Telugu cinema essentially comes from their super-hits remade in Hindi, starring the likes of Salman Khan.

They take heroism to such extremes that they end up wiping off the existence of all other aspects for a more wholesome film — altogether alienating audiences seeking more subtlety instead. And this is a plain genre movie. Based on true events. Surely some of the hesitation is justified.

Early portions of the pic do seem a li’l amateurishly haphazard, on occasion; including continuity errors, if you will. What eventually matters is how it comes together, by the end of it. Already it’s not a film with the scale and privilege of the inspirational masterpiece, Lakshya (2002), that was blessed, for instance, with full access to the Indian Military Academy, Dehradun.

And yet the exhilarating stunts, mortal combat sequences, and pyrotechnics, appear as authentic as they get. Director Sashi Kiran Tikka knows a thing or two about withholding and revealing surprises for an action thriller.

There is a fairly full-frontal approach to the formula elements as well. Just a set of some relatively unlikely faces for a Hindi film, from a town separate from Bombay alone, lends all of this a touch of fresh love that, for me, is hard to explain.

At the centre of the screen is, of course, the lead actor, plus the film’s screenwriter, Adivi Sesh. I watched Major at a preview screening, predominantly surrounded by a Telugu speaking audience, who were totally familiar with Sesh’s on-screen stardom, revelling in every moment of it. This kinda collective high in a theatre is unbeatable as an experience, to begin with.

What I was watching in Sesh as Major Unnikrishnan, though is simply a ‘find’ of sorts — so thorough with his physical training, equally adept at his acting skills, for the giant stage, as it were.

Opposite him is young Saiee Manjrekar as the Major’s love-interest. Displaying such flair for a fairly complex role, you realise how badly she was ruined in her debut in Dabanng 3.

Actors Prakash Raj, Revathi play the Major’s parents, in ways that you can instantly relate to the warmth that caring, desi  mid-class parents radiate for their young ones. Sobhita Dhulipala shines just as much in a relatively fleeting part of a guest stuck inside the Taj.

Here’s the reason for the ‘role call’ above: Sesh is from Hyderabad; Manjrekar, from Mumbai. Raj belongs to Bengaluru. Revathi is from Cochin, known even better for her Tamil films. Dhulipala is originally from Visakhapatnam, but very much a Mumbaikar.

Their film is in Telugu and Hindi. This is not some invasion from the South. It’s just Indian cinema, pure and simple! The event they’re creatively responding to — while it took place in Bombay — was very much a national (if not a global) tragedy.

Where a bunch of brainwashed blokes, sent over by the deep-state from across the border, held India’s financial capital to ransom. The only possible false-step or trap, as it were, is to indulge in on-screen jingoistic bloodlust as a result. This film does none of that.

It recreates 26/11 with just enough creative liberties to remain believable still. It moves you, with a fine measure of empathy and patriotism. Sure, we’ve seen, read, heard enough about 26/11. This is only a solid addition to the list. Glad I caught it, for sure.

Next Story : Have you heard? A quick reshoot