'Charfutiya Chhokare' has good intentions. But alas, that’s about it. Unfortunately, this film is too jerky and amateurish for anyone to take it seriously, even if they want to 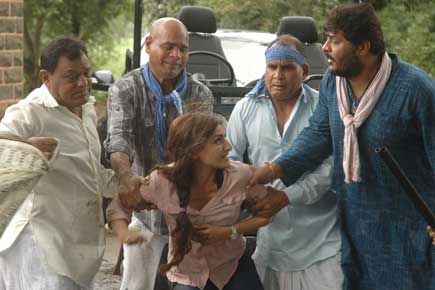 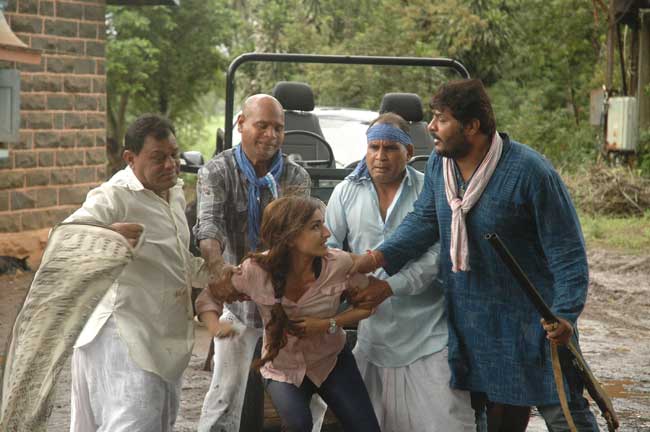 Charfutiya Chhokare has good intentions and a climax that has Soha Ali Khan delivering a powerful line about protecting children from being abused around you touches you. But alas, that’s about it. Set in a remote village in Bihar, Charfuitya Chhokare is about a foreign-educated do-gooder (Soha Ali Khan) wanting to open a school in the village with a Rs 2 crore budget. As she goes about naively entrusting rank strangers to do the job, she comes across a goon (Zakir Hussain), who’s out to usurp the money allotted. The goon decides to make three waylaid children a part of his wily plan. For starters, the premise of this story of three children of roughly 8-12 years of age wielding guns, murdering people at their whim and running amok seems unlikely. Add to this, the poor production quality and dubbing quality among other things and this film turns out to be quite a disaster.

The only credit that could be given to director Manish Harishankar is that he has put together a bunch of talented actors like Zakir Hussain, Mukesh Tiwari (as a corrupt cop, what else) and Seema Biswas (playing the mother of one of the kids). But then again, they are wasted in this half-baked attempt of a movie. It is Biswas’ pure brilliance that even in this movie she manages to shine through in a couple of scenes. Wish we got to see more of her in better films. Soha Ali Khan gives a decent performance but it is her unconvincing character, sketched as it is with too much idealism and not much smartness, that finally gets to you.

It is one thing to have a socially relevant subject in hand, another to effectively translate it into a movie. Unfortunately, this film is too jerky and amateurish for anyone to take it seriously, even if they want to.