Both the movie and Varun Dhawan's character have very few redeeming features. This seems like a film from the '90s. In the '90s, of course, one could get away with all kinds of stuff. Maybe, even now you can after all the lead actors look so effortless and easygoing on screen 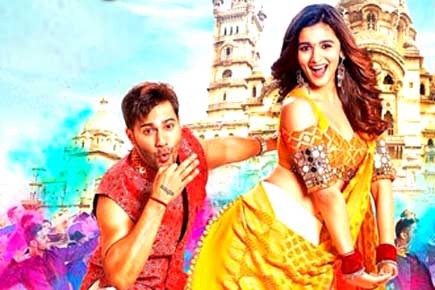 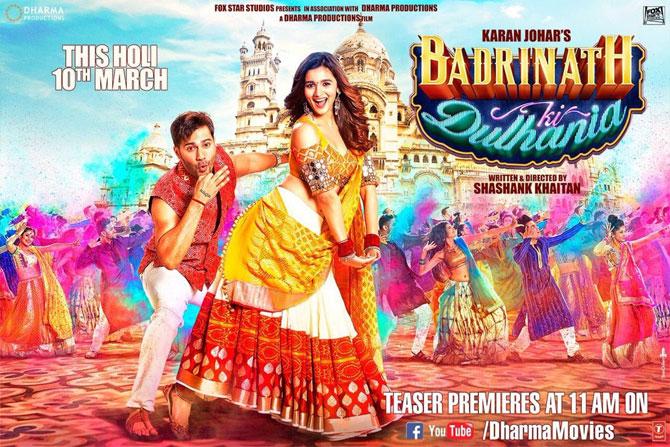 There's much to admire about the ultra energetic, feisty Varun Dhawan. He acts the hell out of this film. But he plays a character with such few redeeming features —- much like this movie -— that at some point you actually begin to feel kinda sorry for this young lad. I mean what sort of a duffer is Badrinath (Varun’s character) —- six-pack ab son of a local gun/goon, who’s a 10th class pass, and absolutely all he thinks about all day, is how to get married.

Perhaps the loss of personal connect with this fellow could have something to do with geography (let alone sociology). I don't know. Already I've looked up the India map to place the two small towns this film is set, in terms of distance. The boy lives in Jhansi, which is in Uttar Pradesh. The girl (Alia Bhatt) is in Kota, which at least the IIT aspirants will know, falls in Rajasthan. The two small towns are 316 kilometres apart. The hero casually covers this distance for the girl, who he doesn't want to see/charm/date/ask-out. But marry. Get her proposal sent to his dad. Who could then negotiate the correct dowry, perhaps.

Badri's daddy of course you've met in practically every other film from three decades ago -- quiet, stern, male-chauvinist patriarch type, who treats his family as his personal fiefdom and the women as quiet house helps. Badri's buddy, present throughout the film, is the other old Bollywood trope -— the hero's best friend, who has no life of his own, and has nothing better to do but shadow the lead character as he chases his girl around. Why the boy likes the girl is beyond me — besides that she’s attractive. Why the girl, full of zest and aspiration, would ever entertain a futureless nalayak like Badri is hard to tell. Why are these questions so important? Because this is a rom-com. And eventually you'd like to root for the two to meet.

Maybe, on occasion, you could. And this is mainly because the lead actors look so effortless and easygoing on screen, even as they try rather hard to sound like small-townies. This is a story of young love, if you may. Alia's the only under-25 star suited for that bracket. Varun, on the other hand, is the only proper, under-30 male star around, who often aims his antics at the front-bencher, single screen audiences that this dance-drama also seems to be aimed at.

Sure, this obvious analogy has been done to death. But you can so imagine the podgy, carefree Govinda as the rich man's loser son, winging a picture like this back in the ‘90s. In the '90s, of course, one could get away with all kinds of stuff. Maybe, even now you can.

Next Story : Kareena Kapoor Khan to pay tribute to the four Khans at awards gala