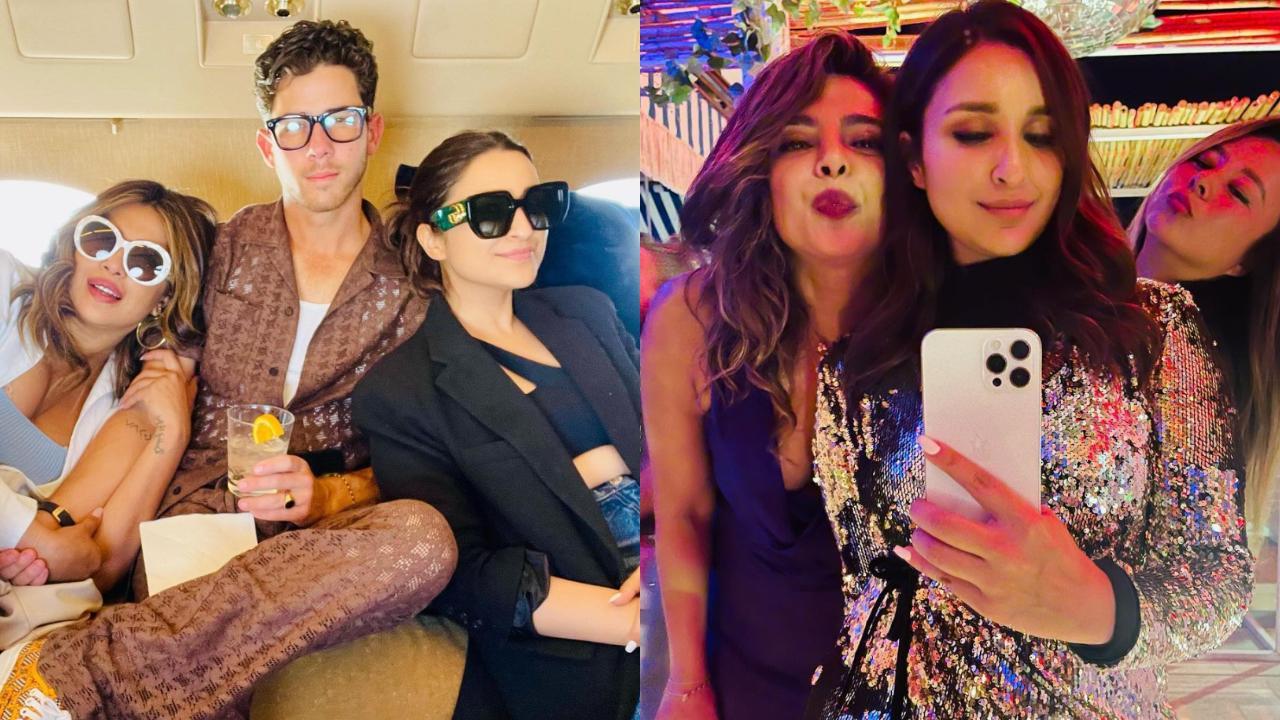 For her beachside birthday party, Priyanka opted for a yellow beach outfit with a headscarf. Nick sported a black sleeveless t-shirt and shorts. Parineeti looked stunning in a white dress. In one of the pictures, Priyanka, Nick and Parineeti are seen having fun in a pool with their friends. One of the pictures showed Parineeti sitting near a fireplace with Priyanka and others.

In another picture, all of them were seen jumping on the beach. "It was a whirlwind 48 hours of pure celebration, jet lag, tacos, hugs, laughs and the ocean! Will take a week to recover from, and a lifetime to forget! Happy bday to the world's desi girl, but my mimi didi. I love you," Parineeti captioned the post. She shared the pictures days after Priyanka Chopra turned 40 on July 18.

Also Read: Priyanka Chopra won't sing with Nick Jonas, but acting together on the cards