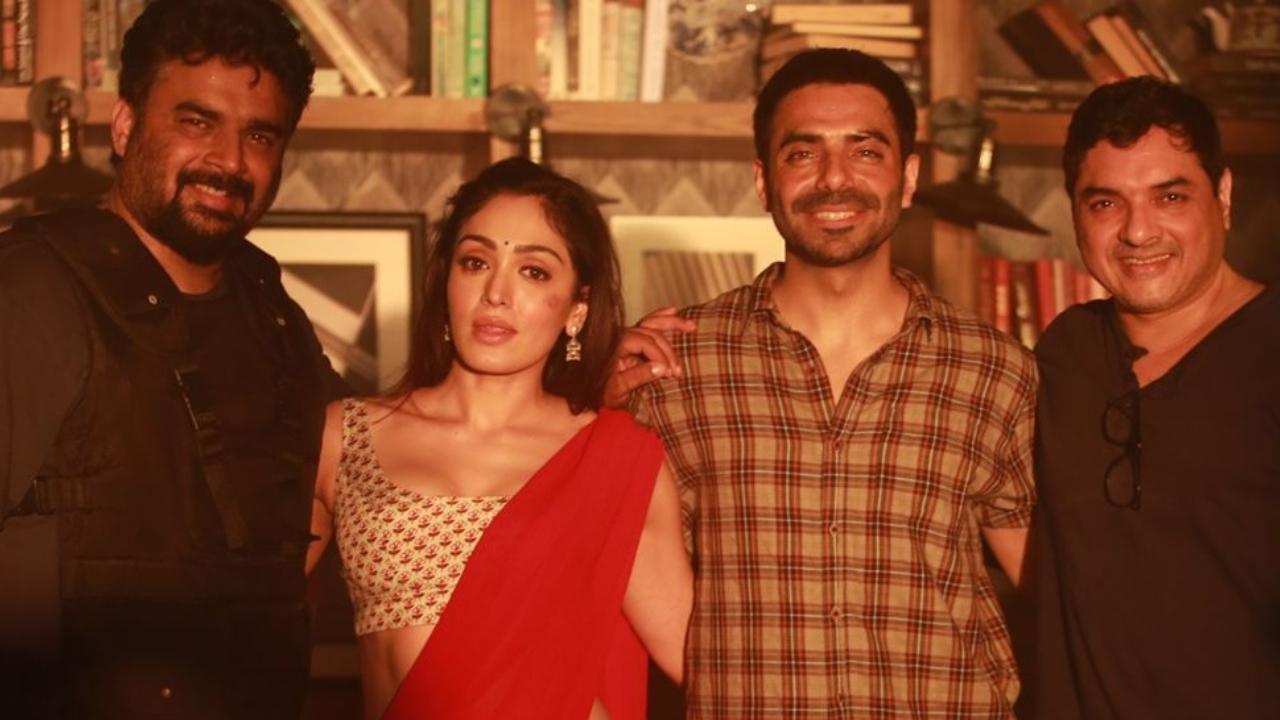 
The makers of the film 'Dhokha - Round D Corner' have released their much-awaited teaser with much aplomb and it certainly stirred conversation around its gripping plot taking the excitement a notch higher. In attendance were star cast R Madhavan, Khushalii Kumar, Darshan Kumaar, and director Kookie Gulati and producer Bhushan Kumar. The film hits the big screens on 23rd September and marks Khushalii Kumar’s debut going by her performance it certainly is one to watch out for!

At the event, the media witnessed a glass-shattering activity, literally! The star cast stepped forth in a dhamake-daar way, with a black glass which was shot down and through that, came the actors! It is interesting to note that the poster of the film featured bullets and hence this grand entry surely has an in-depth meaning! Following the entry, the stars along with director Kookie Gulati and Bhushan Kumar indulged in an insightful Q&A session with the media and piqued their interest in the film further. The gripping teaser is engrossing and keeps us on the edge of our seats and it will make you count the days for its release.

Also Read: Kookie Gulati: We had allotted 25 days, but Madhavan finished in 15

'Dhokha - Round D Corner' is a multi-perspective film based on an urban couple along with other interesting characters and promises to take the audience through the whirlwind journey during a day in the life of the said couple. The teaser of the film promises to be very intriguing and the performance by all the actors is absolutely top-notch!