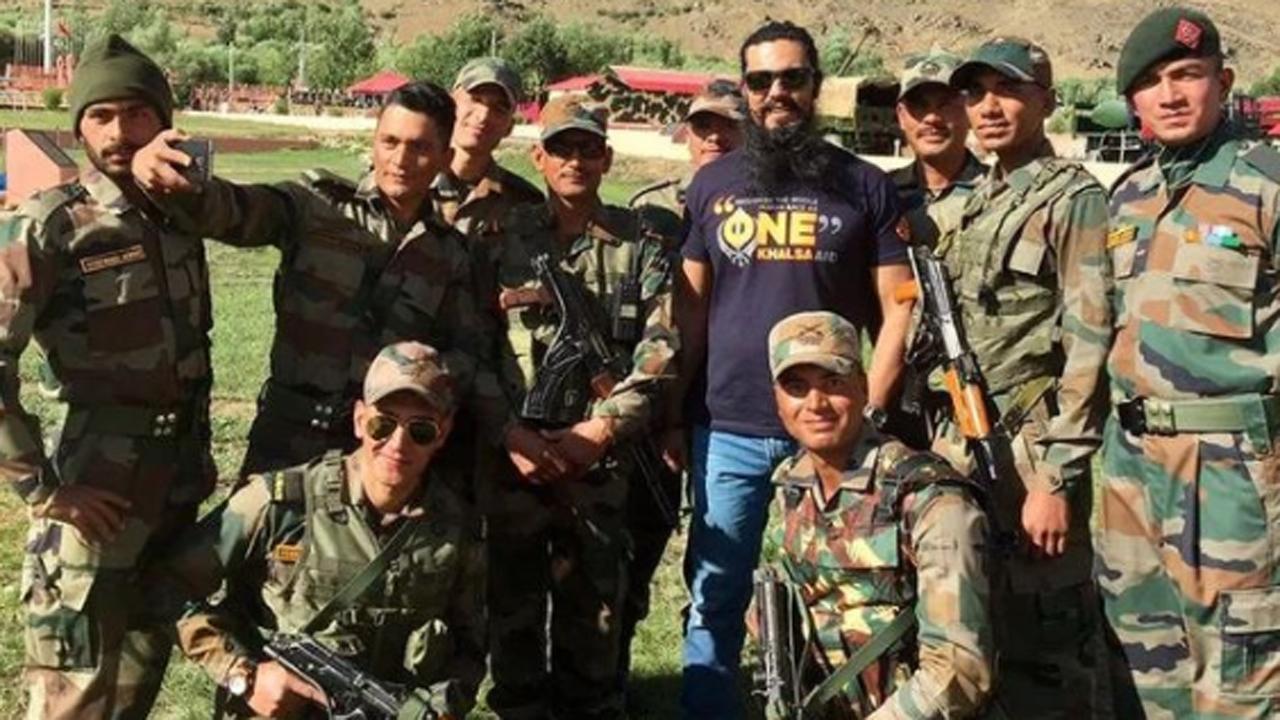 
Bollywood actor Randeep Hooda, on Saturday, commemorated the occasion of Army Day by sharing a tribute for the men in uniform on social media.

The 'Kick' actor took to his Twitter handle and shared a picture in which he could be seen posing for the camera while standing with a group of Indian army personnel.

Army Day is observed every year on January 15 to celebrate the first Indian Commander-in-Chief of the Indian Army - Field Marshal Kodandera M Cariappa.

The position was taken over on January 15, 1949, from General Sir Francis Butcher, the last British Commander-in-Chief of India.

Meanwhile, on the work front, Randeep was last seen in Prabhudheva's 'Radhe: Your Most Wanted Bhai' that starred Salman Khan and Disha Patani in lead roles.

He will soon be seen in the web series 'Inspector Avinash', and the film 'Unfair and Lovely'.

Next Story : Lata Mangeshkar to remain under supervision of doctors for few more days