Rhea also wrote- "@shibanidandekar you make the most beautiful bride in the world, I love you to the moon and back." 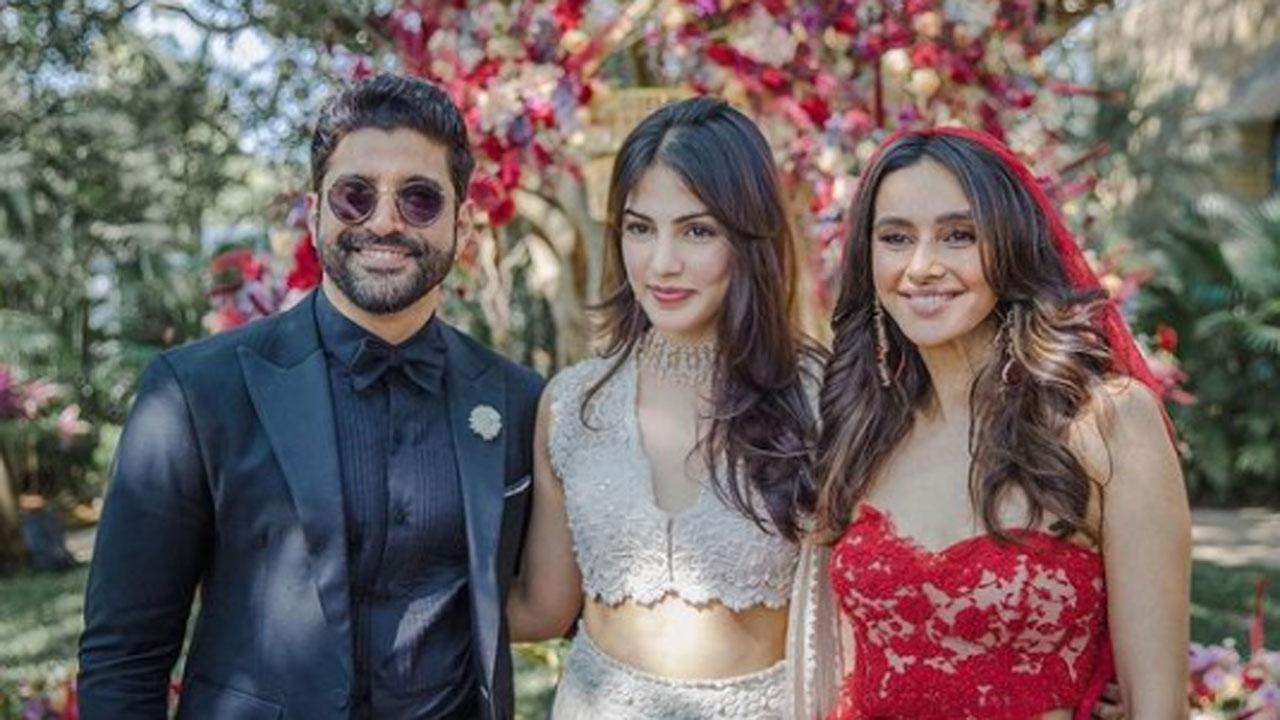 
Farhan Akhtar-Shibani Dandekar tied the knot on February 19 in Khandala at Javed Akhtar's farmhouse. The couple has been sharing unseen pictures from the event and now Rhea Chakraborty has also done the same.

She wrote- "Mr. and Mrs. Akhtar. Love is contagious, thankyou for spreading so much love on your special day. @shibanidandekar you make the most beautiful bride in the world, I love you to the moon and back."

She added, "@faroutakhtar she’s your problem now, all the best ,lots of love."

B-town latest newlyweds Farhan Akhtar and Shibani Dandekar, on Saturday, treated their fans with pictures from their civil marriage that took place at the former's house on February 21. The couple took to their Instagram handles and posted several sets of pictures. Farhan could be seen dressed in a golden sherwani from designer Sabyasachi Mukerji, which he paired with a golden jacket. Shibani looked gorgeous in her pastel saree from Anamika Khanna.

Some pictures showed the duo sharing some special moments on the rooftop during the golden hour. In one of them, fans could see Farhan and Shibani embracing each other as they registered their marriage in the presence of all their loved ones.

Sharing the photos, Farhan wrote, "I do. @shibanidandekar," followed by a red heart emoji. He also thanked Sabyasachi for designing a perfect outfit and giving his special day "a unique golden touch."

For the unversed, Farhan and Shibani tied the knot at Farhan's family farmhouse in Khandala.

Next Story : Sanjana Sanghi enjoys her first ever snowfall in New York, shares video with fans