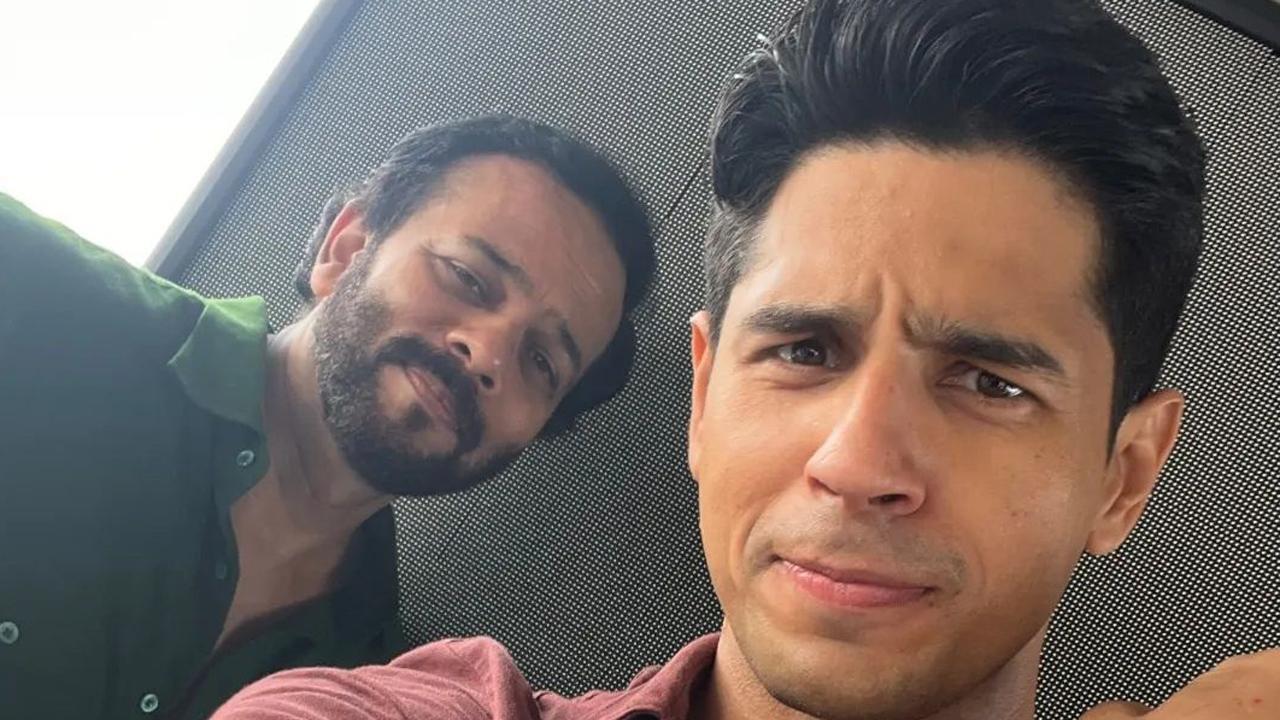 The clip shows Rohit holding a camera weighing 27 kilos and running around the boat as he shot Sidharth fighting goons. "It's weird how glass breaks, body hits & staircase falls are normal for us!... By the way, the camera weighs 27 kgs," Rohit captioned the post.

'Indian Police Force', which will be out on Amazon Prime, aims to pay an ode to the "selfless service, unconditional commitment and fierce patriotism" of police personnel across the country. Actors Shilpa Shetty Kundra and Vivek Oberoi are also a part of the project.

Next Story : Sanjana Sanghi learns to ride a bike for her next film 'Dhak Dhak'