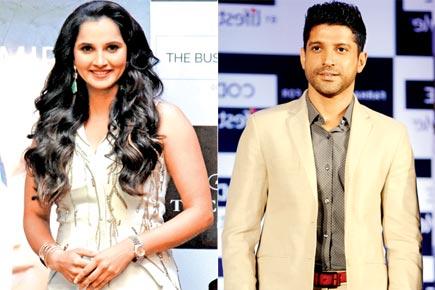 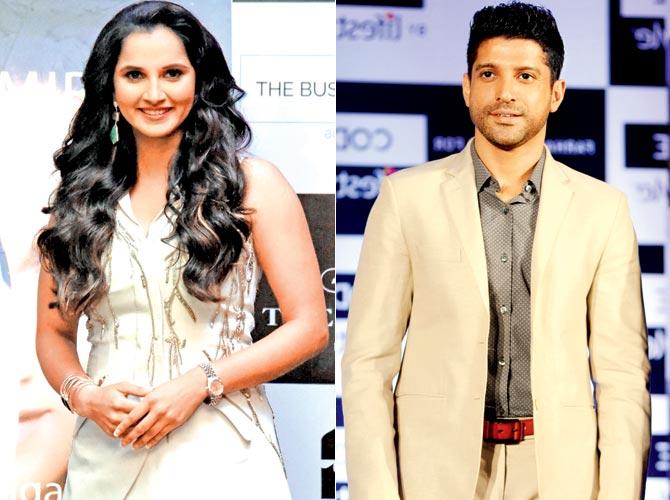 Farahn Akhtar has always been a vocal critic of gender inequality, and his social awareness campaign, MARD (Men Against Rape and Discrimination) bears testimony to that. In March, the actor-filmmaker launched another initiative under its aegis, Bus Ab Bahut Hogaya – Enough is Enough, which is primarily a filmmaking contest.

Now, tennis champion Sania Mirza has joined hands with Farhan to attack gender bias by shooting a special video with her father, Imran Mirza. Directed by Ashish Sawhny, it throws light on the father-daughter bond and will release on Father's Day (June 18).

Says Sania, "I was happy to shoot this video with my father since it summarises our (her and sister Anam) relationship as friends. Our mother is also a strong female figure in our life and has helped us become who we are today.

This video will send out a strong message to all those who equate a daughter to a curse. Gender violence and prejudice exist in our society; we have to recognise it and put an end to it. A change needs to take place and that is why I am happy to be part of this initative."

The Bus Ab Bahut Hogaya campaign has several aspects to it, including a filmmaking contest that is open to college students across the country. The winner will receive R3 lakh while the first and second runners-up will take home R2 lakh and R1 lakh respectively. Winners will be awarded on October 2, to mark Gandhi, Jayanti, given the freedom fighter's non-violence ideals.

Next Story : Ranbir Kapoor: 'Jagga Jasoos' is my first and last film as a producer