Back to black! Sanjay Dutt returns to his original hair colour

Fed up of his silver crown, Sanjay Dutt was keen for a makeover. His hairstylist Shariq Ahemad coloured his mane and facial fuzz black. 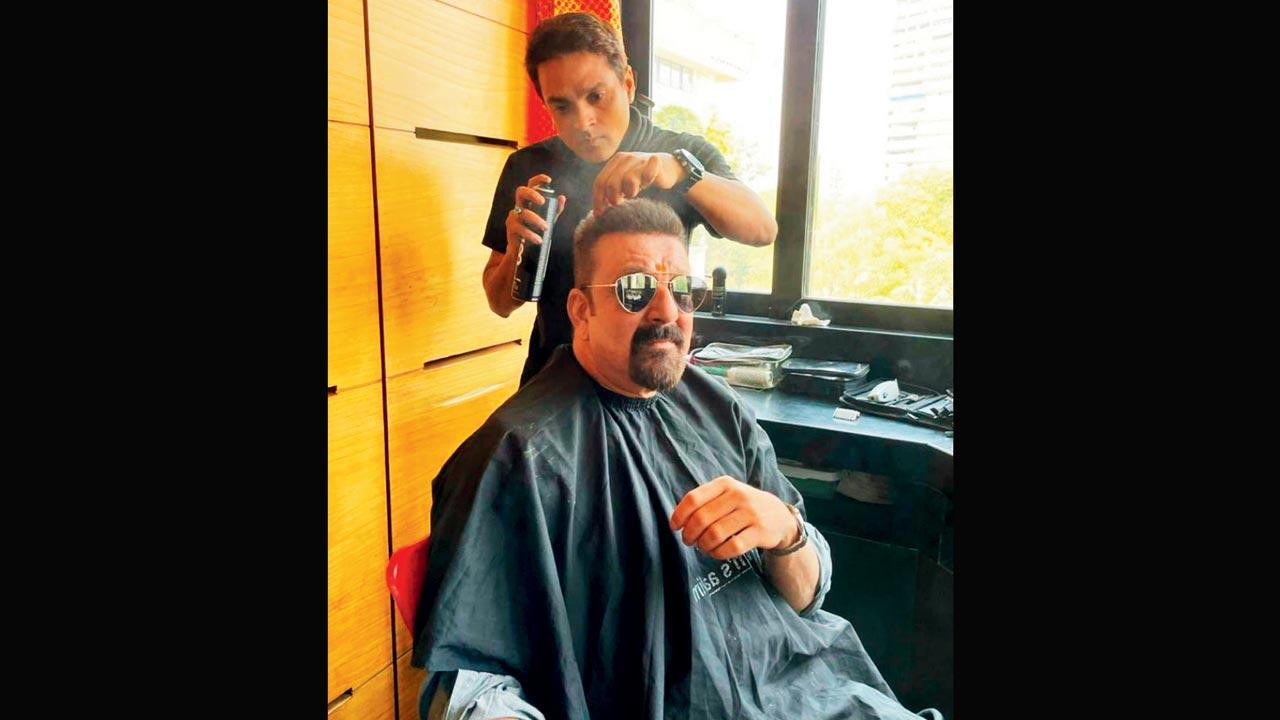 
After spending time in Dubai with wife Maanayata and children, Iqra and Shahraan, Sanjay Dutt is back in the bay. Fed up of his silver crown, he was keen for a makeover. His hairstylist Shariq Ahemad coloured his mane and facial fuzz black. Now that he has wrapped up his film assignments, the actor has gone back to his original look.

In a recent picture shared by the veteran actor Sanjay Dutt can be seen yet again taking on a new avatar. He can be seen with a French beard and nicely trimmed hair. Putting on sunglasses and the ever present lal tilak, Sanjay looks to have dialer back the years with his look and his stylist can be seen spraying some kind of hair spray to give his hair an enhanced look.

Sanjay Dutt has a flurry of films coming and this hair style may be a part of his next film. As soon as he took to his social media handle to post the picture the comments section was full of comments and praises for Sanjay Dutt's looks as the people could not get enough of him dialing it back to a few years ago. It was recently revealed that the Agneepath actor is always involved with the team to design the look of his characters for all of his films and this is what gives it a different feel to his roles. He was also seen with a platinum blonde colour hair setting a while back and he makes sure to keep trying and experimenting with his looks.

'KGF 2' alongside Yash, 'Shamshera' with Ranbir Kapoor, and 'Prithviraj' make it 3 films in the pipeline for the actor and it is not a wild guess to say that the fans will be treated to a few more iconic charachters on the screen as Sanjay Dutt will be doing what he does best by bringing the character's onscreen persona to life.

Next Story : Tiger Shroff ready to roar; all set to begin Heropanti 2 shoot