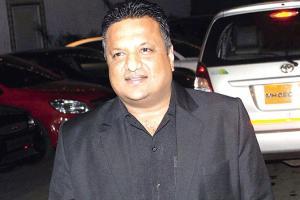 
Filmmaker Sanjay Gupta says he finally has a story for a short film in mind and will begin writing it. "For a long time since Dus Kahaniyaan I have been asked to do short films. I did not because there was no story that pounced on me demanding to be made. Now finally, one has, and I can't get it out of my head. Will begin with writing it today," Gupta tweeted on Thursday.

Next Story : Pankaj Kapur to get Icons of Indian Cinema Award