Telling the story of a famed cricket icon in India is a tricky one. Right at the onset, you have to underline the crux of the story 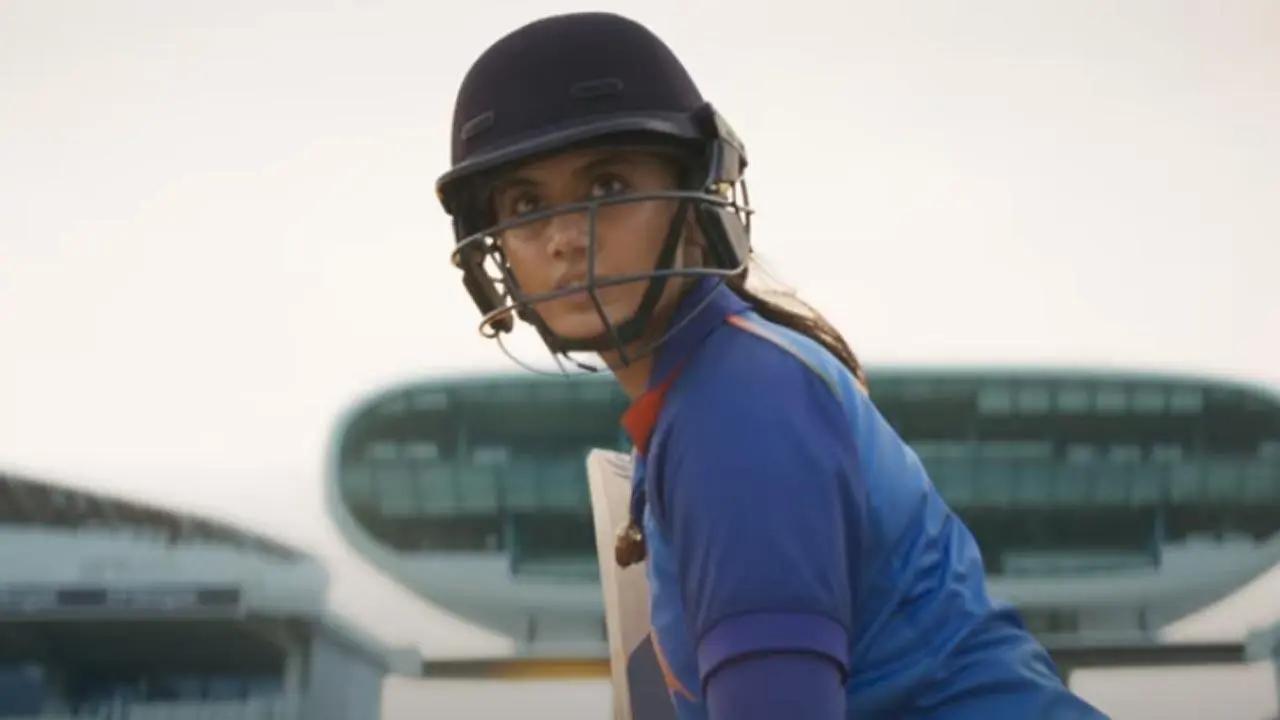 A still from Shabaash Mithu

It’s almost 30 minutes into the film Shabaash Mithu, when we catch the first glimpse of leading lady Taapsee Pannu, who plays former Indian skipper Mithali Raj with a whole-hearted earnestness. Now one can view this either as a problem, where the film lacks pace. Or the fact that the film and its makers were deeply invested in telling the story of its muse without falling into the trap of set norms about stardom. I believe both of these stand true for the movie.  It’s almost as if filmmaker Srijit Mukherji didn’t know how to trim the flab from the film. And yet, most of the film’s winsome scenes including a beautifully crafted childhood sequence starring Inayat Verma as the young Mithali and Kasturi Jagnam as her best friend Noorie, come from its flabby parts.

Telling the story of a famed cricket icon in India is tricky one. You have to underline right at the onset what is this story about. Is it about one woman’s rise to victory? Perhaps. Or is it about the famed feud with coach Ramesh Powar that made headlines? Absolutely not. One can in fact blame the makers for playing too safe, never going too deep into the murky areas of the icon’s career. I saw it as a film about a woman who dignified the sport for the tribe, at a time when women’s cricket was hardly a phenomena. The film’s final sequence of Mithali and the team returning after losing the 2017 World Cup to England is significant, because it reflected how the struggle for the Women’s Team wasn’t just about lifting the cup. Much like everything else women in every profession are faced with, in cricket too, the fight is to get equal respect, adulation, remuneration or something as basic as sanitation. Of course they were playing to win. But they were aiming for so much more than just that win. Like Mithali says in a Shah Rukh Khan-style 70 minute speech ala Chak De India… “Haarne ke liye Kaun khelta hai…”

Somewhere in between all the life highlights of Raj’s career - there are beautiful instances of sisterhood. Like a resigned Raj going to meet a prospective groom with her teammates is a scene for the keeps. So is the one in which they almost kidnap a teammate from her wedding. The film is peppered with such warm moments between her and her teammates, elevating the film to something more than a standard sports biopic where we chase for the underdog. In fact, quite early on, we are made aware of how this isn’t a classic underdog story. Mithali, after getting a earful from her coach - Sampat, played beautifully by Vijay Raaz, makes a list of have and have-nots in her life. The have column evidently exceeded the one next to it, making hers a privileged story in some ways. Her colleagues come from all walks of life - someone who lost a husband and showed up on practice at 7 am the next day, another who belongs to a family of Lohars, another who travels 6 hours just to get to practice daily. Writer Priya Aven brings on screen a lot of the regular simmering rage women feel everyday.

There is little nuance and the filmmaking definitely lacks finesse. At close to 3 hours, the film feels really long. The makers feel the need to underline every feeling for the viewers. The music felt unnecessary which is probably the worst thing you can say about an Amit Trivedi album.

For most women, this is a film whose beats you’ll know by heart. It’s our story in some way or the other. And yet, somehow Pannu and her girls keep this one engaging for us. Pannu captures the quiet spirit of Raj, which shines on screen. “Every time I am playing like this is my last game…” Just for that alone, the film wins…