Shah Rukh Khan, Salman Khan to come together in one place, one frame

With SRK, Salman set to unite at YRF Studios to shoot for respective movies, sources say Shah Rukh may use the window to film 'Tiger 3' cameo 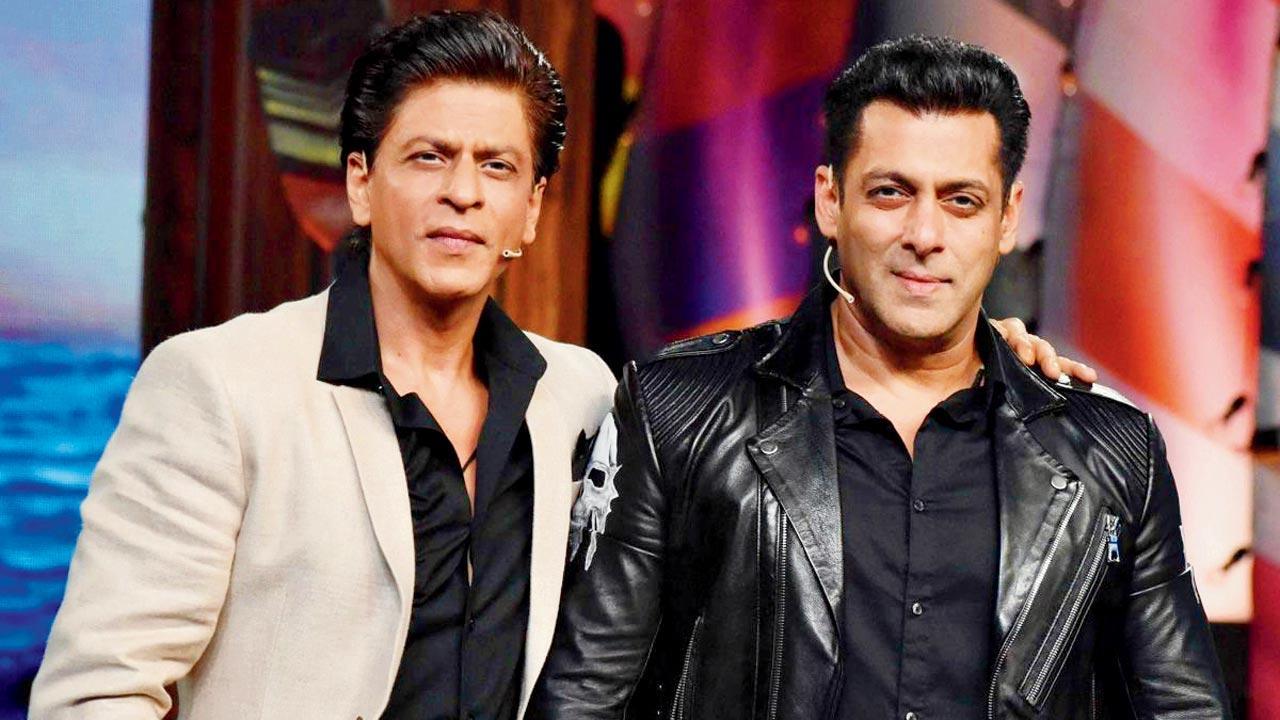 
Yash Raj Films in Andheri has witnessed a hubbub of activity over the past three weeks as Shah Rukh Khan has been single-mindedly working on Pathan. Soon, he will be joined by his superstar friend next door. Sources say that Salman Khan — who has been busy with reading sessions and rehearsals for 'Tiger 3' — will resume work at the studio from July 23. “A special set has been constructed for the Maneesh Sharma thriller. While Salman and Katrina Kaif will begin shooting their portions by the weekend, Emraan Hashmi, who plays the antagonist, will report to the set next week. A few doors away, Shah Rukh will be breathing life into his RAW agent character as he cans confrontational scenes with John Abraham,” says a trade source. The studio will play host to the superstars until mid-August, after which both units will jet off for their respective international stints.

The overlapping schedules may be the perfect time for producer Aditya Chopra to shoot Shah Rukh’s cameo for 'Tiger 3', thus beginning the crossover between the two spy thrillers backed by the banner. “The actors’ on-screen reunion is bound to create a frenzy, so Adi wants to create a spectacular scene that will be worthy of them. The teams are currently discussing possible dates to can the sequence.”  In February, Salman had shot for his special appearance in Pathan.

Next Story : Paresh Rawal: On seeing footage, knew I had to work harder