In the first picture, Soha was seen reading a book to Inyaaya, who is patiently looking at the book and listening to her mother 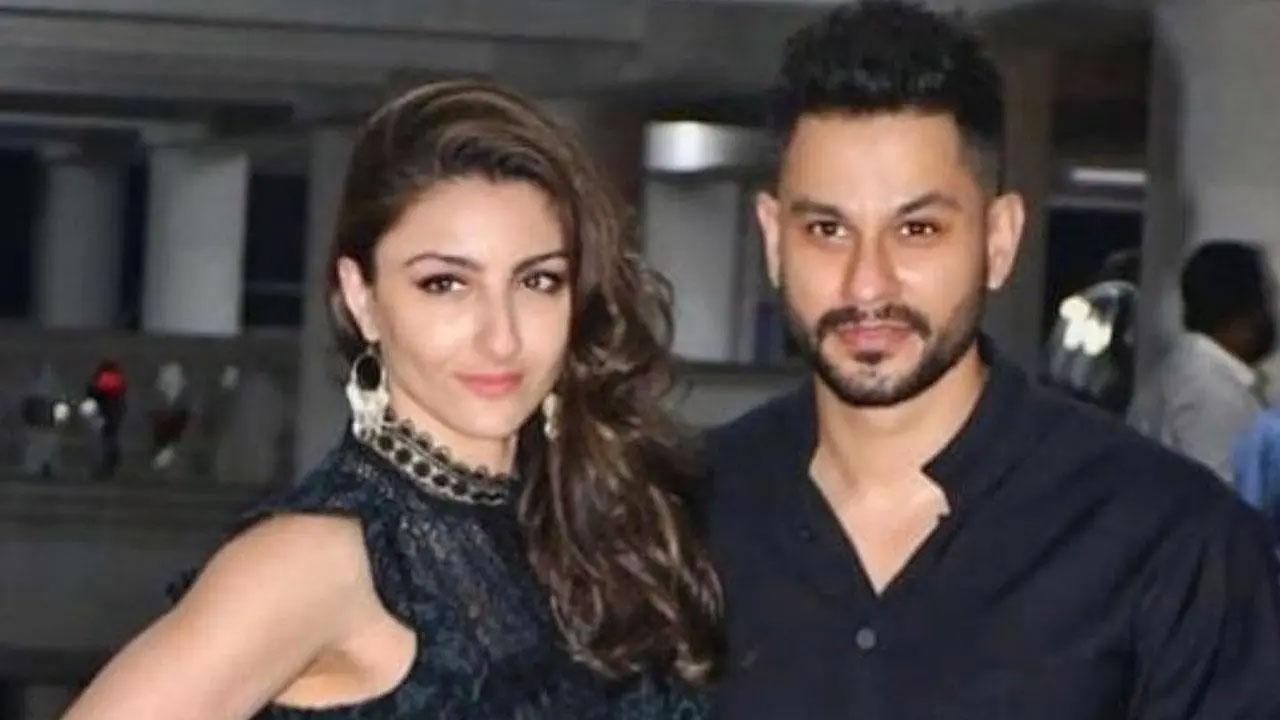 
Bollywood star Soha Ali Khan dropped a 'cute' picture with her daughter Inaaya Naumi Kemmu on Sunday on social media. The 43-year-old star took to her Instagram handle and shared an adorable series of pictures where the mother-daughter duo were twinning in pink outfits along with a caption. She wrote, "Weekending part 2." In the first picture, Soha was seen reading a book to Inyaaya, who is patiently looking at the book and listening to her mother.

The 'Rang De Basanti' actor was seen wearing a kaftan style pink co-ord set that she teamed up with shiny flats. She made a bun and left the rest of the tresses open. On the other hand, cute Inyaaya is dressed in a pink coloured dress along with a blue frill. She looked adorable with a neatly braided hairstyle and a bow hair band. In the next picture, Soha flaunted her look in the beautiful comfy co-ord set. For the makeup, she opted for a dewy makeup look.

As soon the pictures were posted, fans flooded her post with their lovely messages. One user wrote, "Like mom,like daughter." Another user dropped a comment. She wrote, "What's Inni baby reading today." The 'Dil Maange More' actor is quite active on social media and keeps on updating her fans with her daily routine whether professional or personal.

Recently, Soha shared a video of Inaaya Naumi Kemmu and her husband Kunal Kemmu racing on their tricycles. She captioned the video, "Tokyo drift! #monsoon #indoorplay". Kunal and Soha tied the knot in 2015 which was attended by close friends and family. In 2017, they welcomed their daughter Inaaya Naumi Khemmu.

Recently, Kunal and Soha turned into authors as they wrote a children's book 'Inni &Bobo', which was released on April 25. Apart from that, Soha is currently working on a fiction show called 'Hush-Hush' and Kunal is doing a movie 'Kanjoos Makkhichoos' with Vipul Shah and also has 'Malang 2'.