Sonakshi Sinha: Great idea to have spin-off with Rajjo 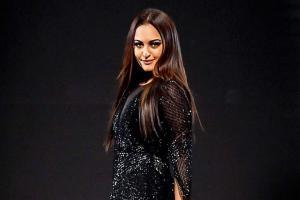 
On Tuesday, Salman Khan unveiled the first teaser of Dabangg 3, thus setting the stage for Chulbul Pandey's return in December. If the superstar's Robin Hood-inspired cop has gained an iconic status in pop culture, Sonakshi Sinha - who plays the feisty Rajjo - has stood shoulder-to-shoulder with Khan in the past two blockbuster instalments. Such has been Rajjo's popularity that Sinha doesn't discount the idea of dedicating an offshoot film to her.

Khan in the Dabangg teaser

In a recent interaction with mid-day, the actor said, "It's a great idea to have a spin-off with Rajjo's character. I am not sure if it will happen but I love the [concept]. My character required dabangg-ness [bravery] to face Chulbul Pandey and as an actor, I have been able to lend the quality." Her affinity for the part is understandable — after all, it was with the cop drama that she forayed into Bollywood in 2010. "Rajjo has become such [an integral] part of me that when I landed on the set [of Dabangg 3] this time around, I seamlessly slipped into the role. Nine years since I made my debut, people continue to ask me to repeat the thappad dialogue. It's a special feeling," she beams. 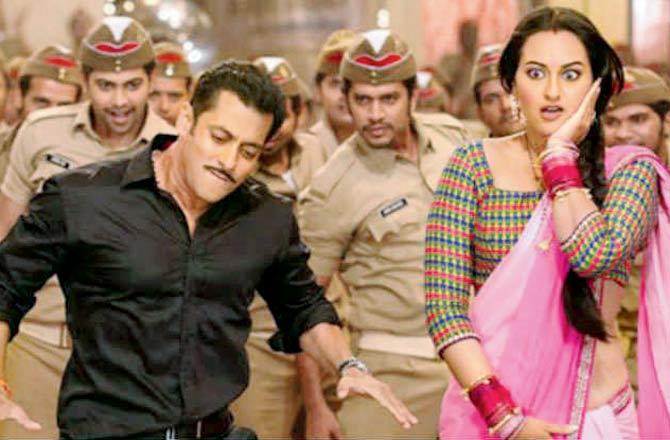 Salman Khan with Sonakshi Sinha in the second instalment

The past two editions of the actioner have largely been centred on Khan's character. Ask her if the superstar would be willing to play second fiddle in the spin-off, and she states, "I don't think the franchise is about highlighting any one character. Chulbul supports and completes Rajjo, and vice versa. What Salman lent to the character is unparalleled. Having said this, never have you seen an actress [in Bollywood] being retained for three parts of a franchise. So, that is a proud achievement for me."