Sooraj Pancholi opens up on Jiah Khan case: Lost someone I loved

Sooraj Pancholi and the late Jiah Khan were in a relationship. The Hero actor finally opens up about the late actress 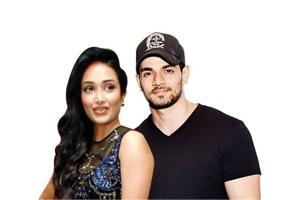 
Sooraj Pancholi was in a relationship with the late actress Jiah Khan. After she committed suicide, her mother, Rabiya Khan filed an abetment to suicide case against Sooraj Pancholi. The case is still going on in the court, even after six years. In this tenure, the Pancholis never spoke about the case in public.

However, in an interview with Pinkvilla, Sooraj Pancholi has opened up about Jiah Khan's alleged suicide case. The actor revealed that he was immediately sent to Arthur jail, which is the most secluded one. He said, "I was put in the Anda cell at the Arthur Road jail which is the most secluded cell. You have no contact with anyone and you don't even get newspapers. I was completely numb."

Adding further, he said at that point he was mourning the death of his loved one. Sooraj Pancholi told the entertainment portal, "At that point, nothing mattered. All that I kept thinking was that I lost someone who I loved."

As per the portal, the case is with the Women's Special Court for years now, and Sooraj asserts that he has been a part of all the hearings. "I have actually been silent because I respect that family. I respect what the family has been through. But the media has become very irresponsible. They only care about their TRPs. There are times when I'm in Court and things have been in my favour and a lot of journalists were there. I asked them, "Will you write this?" They told me they won't because it's a positive story and it won't track. It's unfair but I also believe in time."

On November 9, 2018, Soorja's birthday, the actor shared a lengthy post on Instagram that described his state of mind.

Today I complete 28 years of my life. I want to take up this moment to share a few thoughts that have been in my heart for a while. I wanted to wait to speak out until the case ended, but it’s taken longer than expected. I don’t know where to start from. It is difficult to express some feelings when so many people, so many emotions are involved. First, I want to thank those who have stood by me like a pillar of strength. It has been a long journey that started when I was still trying to understand life. I have been fighting the case in court for the last 6 years, with patience and respect, waiting for the trial to be completed. In this process I have been called a murderer, a criminal, an abuser and so much worse. I read these things about me almost every single day. And my heartfelt effort has always been to be strong, respectful and ignore it. But they still fill my and my loved ones’ heart with so much sadness. I don’t blame the people who call me names, because that’s how i have been portrayed in public, but i’m not the monster that has been portrayed in headlines. I know how easy it is to think the worst of someone and accuse them but it is exceptionally hard to prove myself innocent as there’s a procedure that we need to follow. A procedure that has taken long enough that i have been made to feel guilty without even being given a fair chance to prove my innocence. There have been accusations and assumptions but there has been no validation. But, this is not about what others say. This is about how I feel. For as long as I can remember, my dream has always been to make my parents proud. I have always tried to be a good son to them. In the last 6 years, I’ve tried harder everyday to achieve this dream and to be positive. So today, I am praying with my heart that our family can move forward, that the trial can come to a fair end and that I can give back all the love, support and strength I have received from so many of you. Thank you to all of you who constantly send positivity my way. You may not know it, but every single one of your prayers has helped.

According to the charge sheet filed in January 2018, Jiah Khan, best known for her performance in the film Nishabd starring Amitabh Bachchan, was found hanging at her residence on June 3, 2013, by her mother Rabiya.

Next Story : Dulquer Salmaan: I haven't been able to spend enough time with Maryam