The remake stars Akshay Kumar and Radhika Madan and is yet untitled. Sources close to the actor say that Suriya flew to Mumbai after the hero of the Hindi version, Akshay Kumar, requested him to join them for the inaugural function 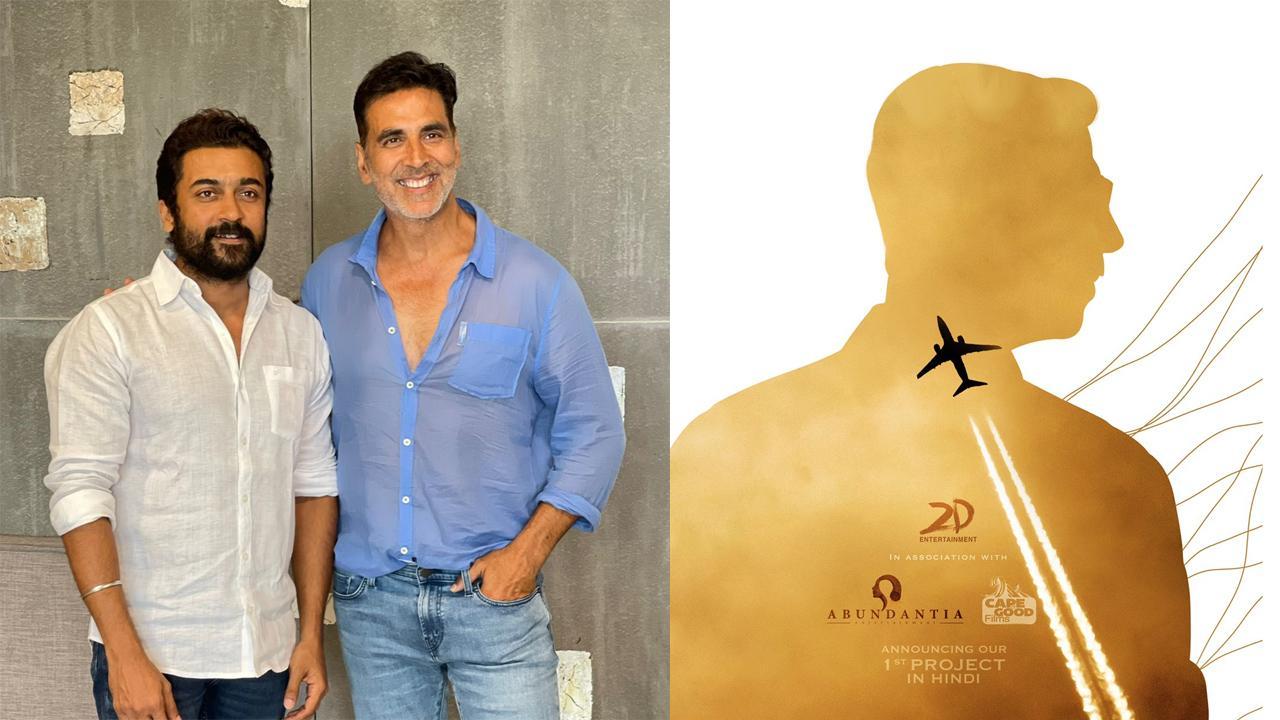 Actor Suriya, who played the lead in the original, chose to participate in the pooja of the Hindi remake, which will feature Bollywood actors Akshay Kumar and Radhika Madan in the lead.

Sources close to the actor say that Suriya flew to Mumbai after the hero of the Hindi version, Akshay Kumar, requested him to join them for the inaugural function.

Sudha Kongara, who directed the Tamil version of 'Soorarai Pottru', will be directing the Hindi version also.

Niketh Bommi will be the cinematographer of this film, which will have music by G V Prakash.

Proper shooting will begin Tuesday in Mumbai. A formal announcement on the other members of the cast and crew is expected soon.

He said, "With the auspicious coconut-breaking and a small prayer in our heart, we begin the filming of our yet untitled film which is about dreams and the power of it. In case, you'll have any title suggestions, do share and of course, your best wishes."

Next Story : Neetu Chandra meets Bihar CM Nitish Kumar, says 'I have fought and struggled at every step to get to what I want'