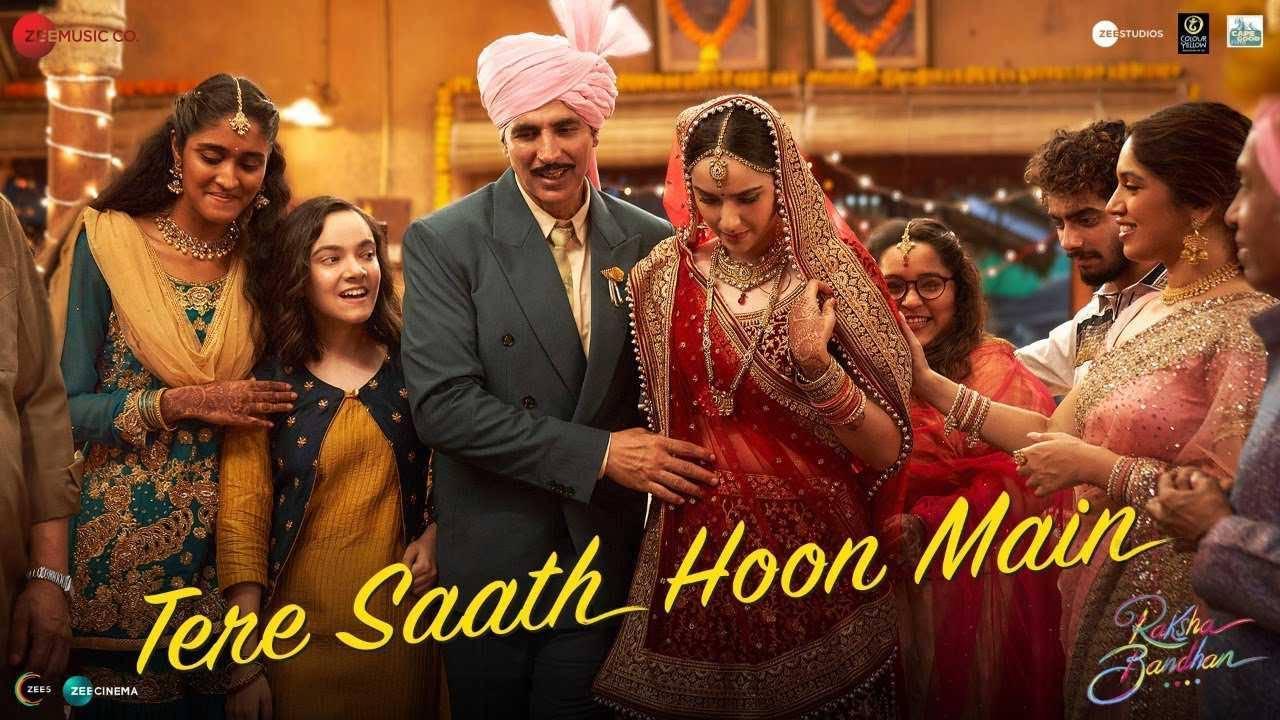 A beautiful tribute to the brother-sister relationship, 'Tere Saath Hoon Mein' celebrates the promise of unrelenting support, uncompromising companionship and unconditional love between siblings. Adding to the library of songs that honours the brother-sister bond, Aanand L Rai has brought back the nostalgia attached to golden Bollywood songs like Phoolon Ka Taaron Ka. A melodious composition by Himesh Reshammiya, the song has been sung by Nihal Tauro with the lyrics penned by lyricist Irshad Kamil.

Speaking about the song, director-producer Aanand L Rai said, “Raksha Bandhan is all about returning to your heart centre. The film celebrates a brother-sister bond like never before and Tere Saath Hoon Mein sets the narrative for the film. It made perfect sense for this song to be the first release from the music album. For me, the music of the film has always been its soul. I’ve always believed it should add to tone of the film and Himesh has done an outstanding job by capturing the emotions just right!”

Written by Himanshu Sharma and Kanika Dhillon, the Aanand L Rai directorial has been co-produced by Aanand L Rai, Alka Hiranandani and ZEE Studios. Presented by Colour Yellow, ZEE Studios and Cape of Good Films, the film is slated to hit screens on 11th August 2022.

Also Read: It's a schedule wrap for Akshay Kumar on sets of 'Selfiee'

Next Story : Saba Azad is ready to go home as she wraps the first schedule of 'Minimum' in Serbia