On the storyboard, it may have made for an interesting premise — take an oddball from the hinterlands and throw him into the world of crime 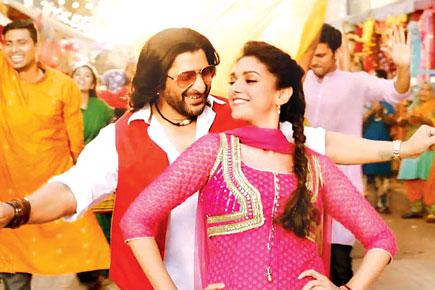 On the storyboard, it may have made for an interesting premise — take an oddball from the hinterlands and throw him into the world of crime. It could have been outrageously funny strewn with punchlines, but it falls flat on its face. This is one of those films that make you wonder if the makers had truckloads of money to just spill. Or rather, what were they high on? 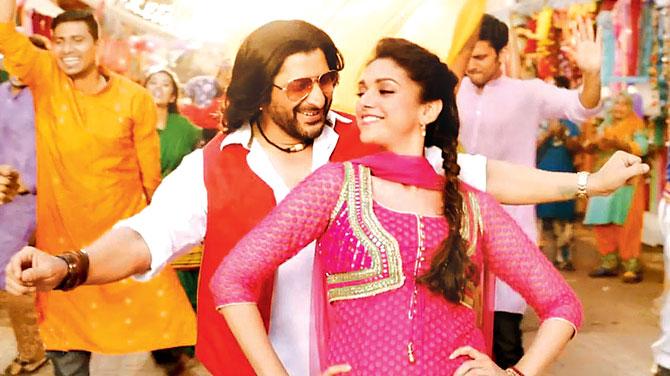 The execution is shoddy and direction lacklustre

Jha is best remembered for the critically-acclaimed Matrubhoomi: A Nation Without Women (2005). This time round, he weaves a comic caper and infuses it with a dose of romance to create a legend. There is Mr Bedraggled Goon (Arshad Warsi), but when Cupid's arrow strikes, Ms Hello (Aditi Rao Hydari) — her voice keeps ringing in his ears — wants him to leave the crime world behind and turn over a new leaf. Then there is a Mr Full Pant (Boman Irani) and a Half Pant (Kayoze Irani). Together, they wreak mayhem on the audience's mind. The execution is shoddy, direction is lacklustre and the jokes are such that make you wonder if you should chuckle or cringe.

In the second half, the actors seem to realise that things are not right. Warsi as an overgrown lover boy hams his way through the film, while Irani Sr and Jr go about their supposedly fun roles to lighten up the scenario, but in vain. Aditi appears to be in a perpetual state of discomfort. Warsi and Irani are known for their comic timing, but
are sadly wasted in this one. This legend is certain to be doomed.