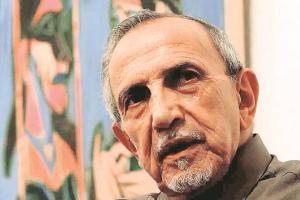 
Considered the father of modern Indian theatre, Ebrahim Alkazi, the first Director of National School of Drama (NSD) breathed his last in the capital on Tuesday. He was 94.

This Royal Academy of Dramatics Art (RADA) pass-out staged more than 50 plays during his distinguished career and won the BBC Broadcasting Award in 1950.

Recipient of the Padma Vibhushan (2010), Padma Bhushan (1991) and Padma Shri (1966) honours, he was known to be a strict disciplinarian who provided a blue print for theatre training during his years as the Director of NSD (1962-1977).

Taking to his Twitter account, Prime Minister Narendra Modi paid condolences to his legacy, have a look right here:

Shri Ebrahim Alkazi will be remembered for his efforts to make theatre more popular and accessible across India. His contributions to the world of art and culture are noteworthy too. Saddened by his demise. My thoughts are with his family and friends. May his soul rest in peace.

Mohd. Zeeshan Ayyub also had something to tweet about his endless contribution to Indian Theater. Take a look right here:

Associated with training some of the best known talents in the country, including Naseeruddin Shah, Om Puri, Uttara Baokar and Rohini Hattangadi, besides a host of major theatre directors in the country, Alkazi was married to Roshan Alkazi, who designed costumes for his plays.

With inputs from IANS.