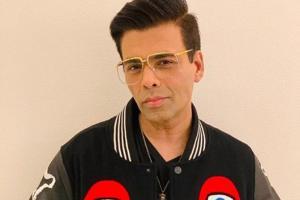 
Ever since the unfortunate demise of Sushant Singh Rajput, there have been a lot of people under the ire of the social media users. These people are the actors and filmmakers who either belong to film families or have repeatedly worked with star kids in their films.

After Rajput's demise on June 14, Karan Johar is one personality who faced a lot of trolling. He has been away from social media due to the online hatred that he was subjected to. But now, after more than a month, he has made his comeback on Instagram but not through a post or a picture but a comment. The comment came on Ranveer Singh's Instagram live session.

Again, it wasn't a worded one but an emoji-filled one. He commented with four laughing emojis. Have a look right here: 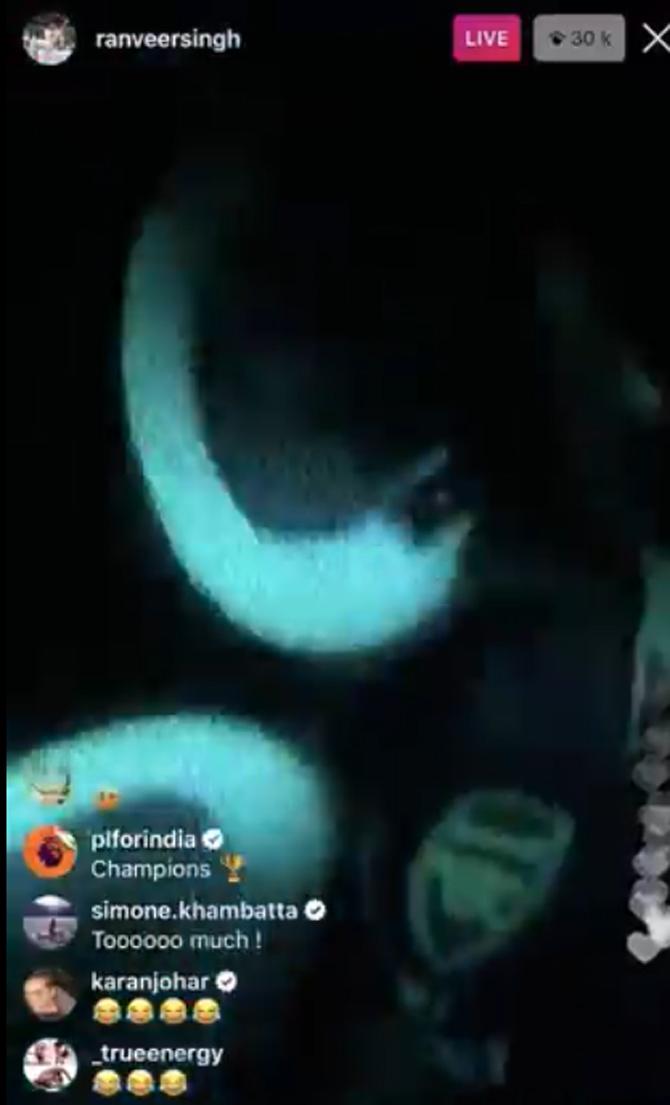 One of Johar's friends spoke about the filmmaker recently in an interview with Bollywood Hungama. He said, "Karan is a broken man. After being trolled for years he thought he had developed a thick skin. But the brutal hatred that he has received after Sushant's death has left him shattered."

He added, "It's the fact that those close to him are being attacked that makes Karan feel really guilty. His 3-year old twins are getting death threats. Somebody like Ananya Pandey who has no connection with Sushant had a hater on the social media platform asking her to commit suicide to compensate for Sushant's death."

On the work front, the filmmaker has Gunjan Saxena coming up on Netflix that will stream from August 12. He then has Dostana 2 coming up and this will be followed by his magnum-opus, Takht. With an ensemble of Anil Kapoor, Kareena Kapoor Khan, Ranveer Singh, Alia Bhatt, Vicky Kaushal, Janhvi Kapoor, and Bhumi Pednekar, this period drama is slated to release on December 24, 2021.

Apart from these three films, he has Shershaah with Sidharth Malhotra and Kiara Advani, another true story on Captain Vikram Batra. And then he moves to the world of fiction in the form of Brahmastra, a Superhero trilogy with Amitabh Bachchan, Ranbir Kapoor, Alia Bhatt, Nagarjuna, Dimple Kapadia, and Mouni Roy. The first part of this adventure-drama is slated to arrive this year on December 4.

And then, he has a film with Deepika Padukone, Siddhant Chaturvedi, and Ananya Pandey coming up on Valentine's Day, 2021, which will be directed by Shakun Batra.

Also Read: Karan Johar On Sushant Singh Rajput: I Blame Myself For Not Being In Touch With You

Next Story : Ali Fazal, Richa Chadha's wedding postponed to 2021 due to coronavirus