Sara Ali Khan was slightly on the heavier side as a teenage kid. The actress reveals about her weight loss journey and this will surely inspire you! 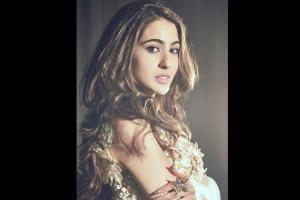 
Sara Ali Khan, who is gearing up for her debut film Kedarnath, has already started promoting it. In fact, Sara is juggling between radio interviews and reality shows with co-actor Sushant Singh Rajput to create the desired hype for Kedarnath. The duo, Sushant and Sara recently visited the sets of singing reality show Indian Idol 10, and from singing to dancing with the contestants, they had a blast on the show!

Very few know that Sara Ali Khan was slightly on the heavier side as a teenage kid. While on the show, she spoke about her weight loss journey. Talking about her inspiration, Sara gave the credit to the show's judge-singer Neha Kakkar. She said, "I am a big fan of Neha Kakkar as she is a great singer, I really love her songs. It's a fan moment for me. I was so excited before coming on Indian Idol 10 to meet Neha. I have been listening to her songs for a long time. Her songs actually helped me to lose weight. I used to run on the treadmill listening to some of her hit songs on repeat mode."

Saif Ali Khan and Amrita Singh's daughter Sara hits the gym daily, and her well-toned, curvaceous body is a result of oodles of hard-work at the workout station. Talking about Sara's debut film, Kedarnath is an eternal love story set in the backdrop of the flash floods that wrecked the temple town in June 2013. It is a potent combination of love and religion, passion and spirituality. The floods that took the lives of over a hundred thousand people is a powerful backdrop for this epic love story.