Throwback Thursday: When Shah Rukh Khan watched Gauri Khan on the ramp from the audience

Accompanying Gauri Khan were Namrata Shirodkar and Sangeeta Bijlani. The picture was shared by Gauri on her Instagram account 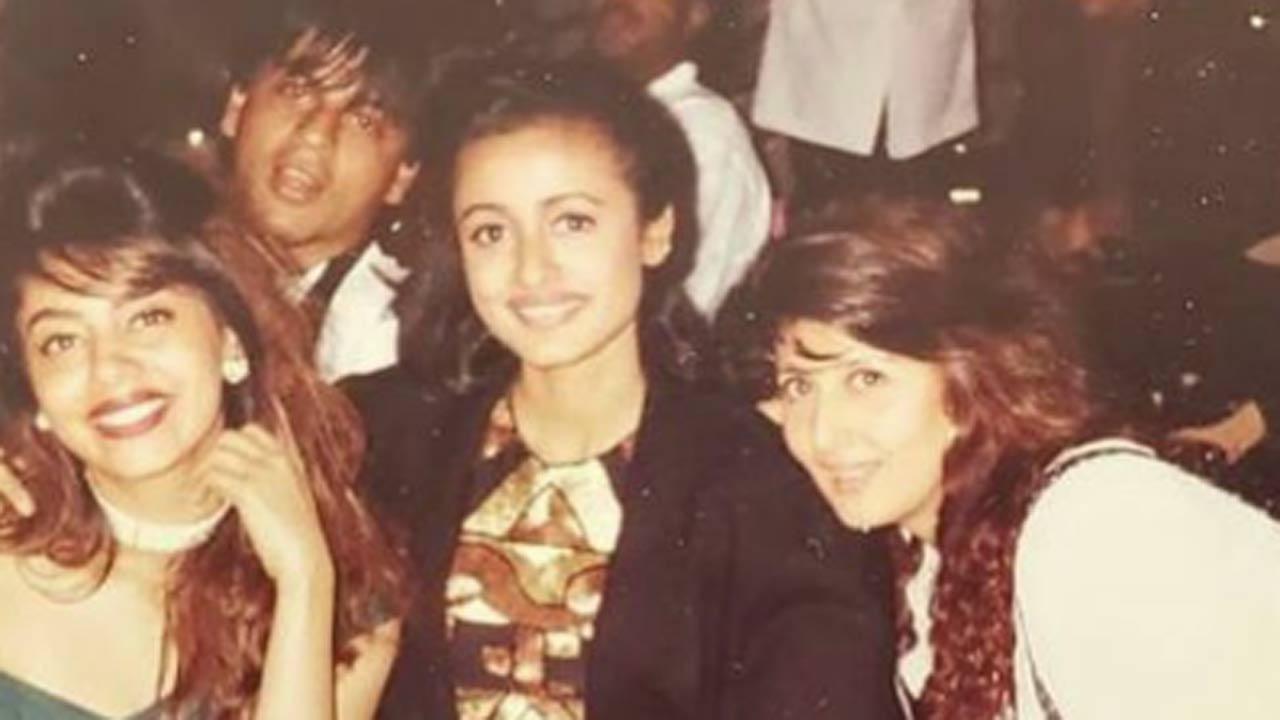 
Gauri Khan has often shared unseen moments of her life with fans, some include Shah Rukh Khan, some don't. The latest one does. It's from the good old days when the star wife was accompanied by Namrata Shirodkar and Sangeeta Bijlani for a ramp show and Shah Rukh Khan watched them from the audience.

Gauri wrote- "Post a fashion show with @namratashirodkar @sangeetabijlani9 .. I think i walked the Ramp with them too while @iamsrk watched from the audience." Don't miss SRK's quirky expression in the click.

Shah Rukh Khan is back in the game and how. After a hiatus of four years, he has now announced three films one after another. The titles are 'Jawaan', 'Pathaan', and 'Dunki'. And very very recently, he enthralled and entertained the audience with his performance at the Umang 2022 event. The Superstar made a grand entry on a bike. Khan's entry reminded us of his entry scene in his Bollywood debut Deewana all the way back in 1992.

The King's entry at #Umang2022 on a bike ð¥#ShahRukhKhan pic.twitter.com/vSoP25bjZM

Next Story : Aamir Khan on his first heartbreak: One day I found out she left the country with her family