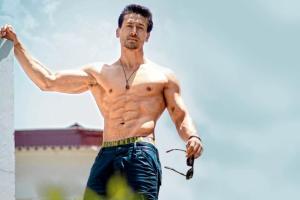 Encouraged by the runaway success of Tiger Shroff's Baaghi 2 earlier this year, the makers are leaving no stone unturned to ensure that the third part outdoes its predecessor. In a bid to up his killing machine act in the action franchise, it has been heard that Shroff will receive artillery training at a military boot camp in Syria.

Steering away from the martial arts that was on display in Baaghi 2, director Ahmed Khan wants the action sequences in the third part to have more finesse. Says a source close to the director, "Ahmed wants Tiger to be attuned to heavy artillery for Baaghi 3. In the course of his research for the movie, Ahmed found out that Syria has great training camps. So, on his insistence, Tiger will head to a military camp there in November, where he will be taught to use weapons like M16, AT4 and rocket launchers."

The source adds that despite the current political climate in Syria, the director is toying with the idea of filming the next instalment in the country. "Ahmed is currently working on the script. But portions of the film will be shot in the Middle East countries."