The Ranjan sisters are close to Alia Bhatt. Looks like it won’t be long before Vaani Kapoor too, becomes a part of Bhatt’s girl gang. 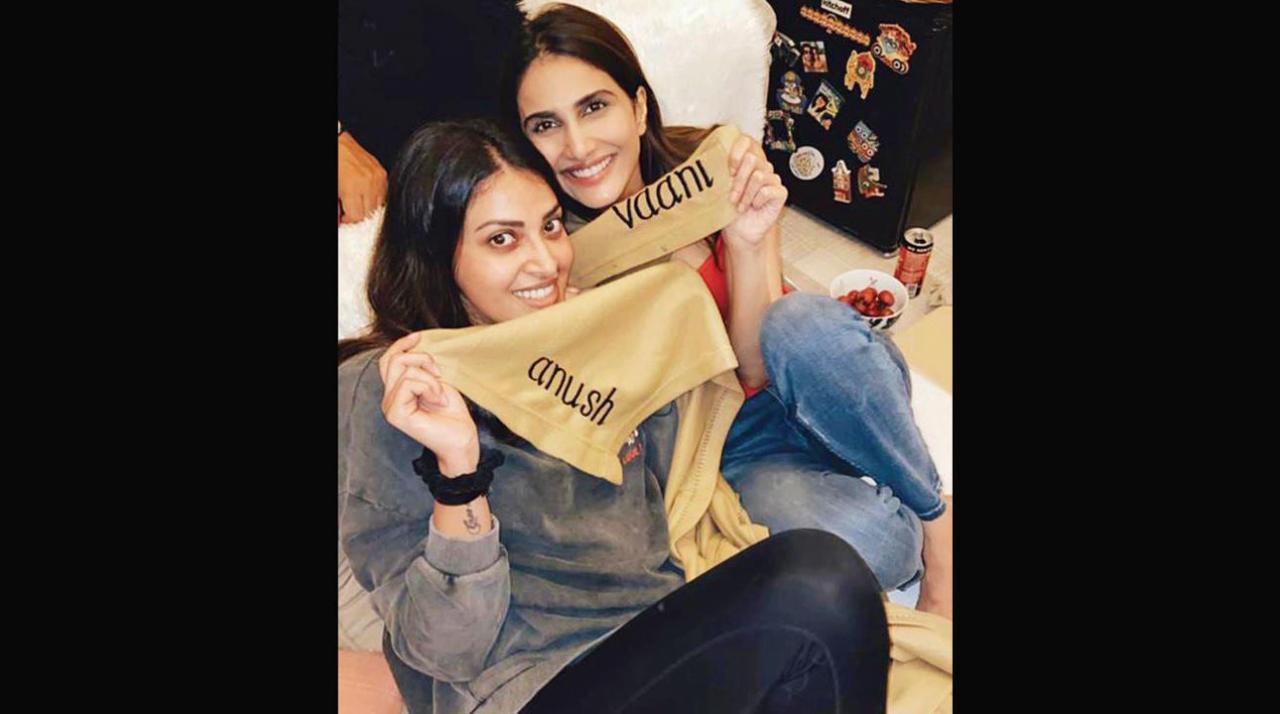 
Vaani Kapoor and bestie Anushka Ranjan are inseparable. The two, who live in the same housing complex in Versova, often spend time in each other’s place. They recently watched the Netflix anthology, Ray, together. Anushka’s sister, Akansha Ranjan Kapoor, features in one of the stories. Anushka gave the War (2019) actor a woollen wrap-around with her name on it to mark the occasion. The Ranjan sisters are close to Alia Bhatt. Looks like it won’t be long before Kapoor too, becomes a part of Bhatt’s girl gang.

Kapoor now has 'Bellbottom' with Akshay Kumar and Lara Dutta coming up. The film is slated to arrive in cinemas on July 27. In an interaction with mid-day.com, talking about the thriller, the actress said, "I’m excited at the prospect of our industry restarting because it has endured the relentless onslaught of the pandemic. I’m thankful to the producers and Akshay sir for their decision to release Bell Bottom in theatres. Hopefully, the film will play a huge role in bringing people back to the movie halls."

The movie, also featuring Huma Qureshi and Lara Dutta, sees Kapoor returning to the big screen after the blockbuster, War (2019). She says her complete faith in the material saw her through the long wait. “It’s a solid product, and one has to see the film to understand what Akshay sir has done. I’m grateful to have a big movie coming out now. Due to the virus, it has been a long wait to see my films get a release.”

Next Story : Title of Kartik Aaryan's 'Satyanarayan Ki Katha' to be changed